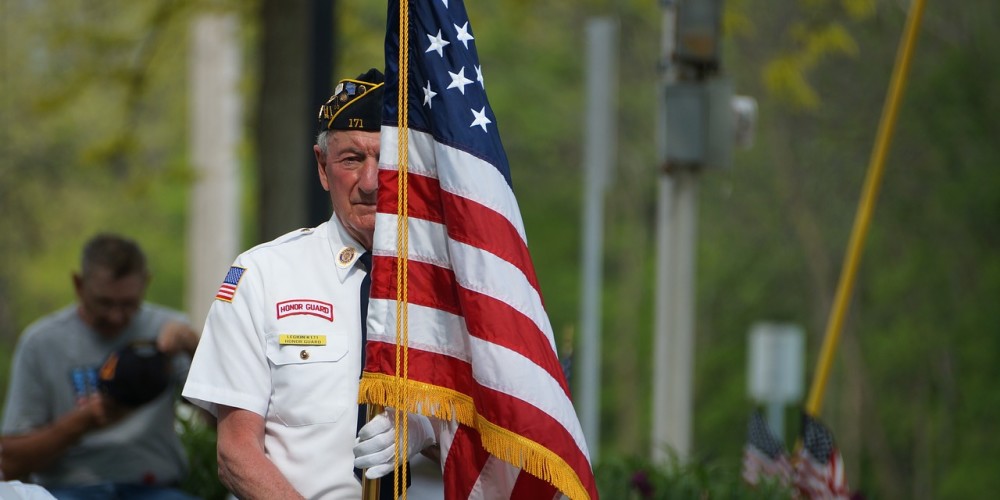 Hundreds of thousands of veterans who served our country are still waiting for benefits due to a massive claims backlog – some have been waiting years.
The U.S. Census Bureau says there are nearly 500,000 veterans in Arizona, and records in the U.S. Department of Veterans Affairs (VA) database show more than 7,000 claims pending in the Phoenix area.
There's a backlog of cases that continues to grow older.

‘We served our country’

U.S. Army veteran, Michael Cooksey, says he's been fighting for disability benefits for at least two decades. He's angry.
To put it simply, he's tired of living in pain.
"This is the claim I’m fighting right now," he said, referring to what seems like a never-ending, uphill battle for the veteran who served his country from 1986-1997.
Life is so much different now as the 54-year-old continues to add to a large stack of medical records.
"We served in the military. We served our country, and in the process, we either got injured or something happened," he said.
He's fighting to prove he needs disability benefits from the Department of Veteran Affairs. "Highlighted I had pain. They have it on the paperwork. Chronic pain, right hip," he said.
Cooksey lives with tropical pyomyositis, a disease he claims he contracted in 1993 during a tour in Korea.
The disease is characterized by dead tissue, bacteria, and dead white blood cells within the skeletal muscles. It's primarily a disease reported in tropical regions.
"At the time when this happened, I was recovering from an eye injury and I was on steroids. The steroids suppressed my immune system, which caused the staph to get into my muscles, and it caused the muscles to necrosis, deteriorate, and cause large abscesses. So it's chronic pain," Cooksey said.

'I don't know what it is they're looking for'

He gets a small portion of disability benefits for the damage to his eye. His medications are covered by the VA, but he says he's been denied disability benefits for chronic pain in his right hip caused by his disease since 1998.
His latest denial was in 2013, which he appealed in 2016. It took 5 years to be heard in front of the Board of Veterans' Appeals.
A letter from the board states his appeal has been remanded, meaning further development is needed, specifically an examination for an opinion on his hip.
"Everything's there. I don't know what it is they're looking for. They always say that I need to submit more and more proof. I don't know what else I can submit," Cooksey said.
Taking a look at VA records – they show a national backlog impacting the Phoenix region.
There are currently nearly 7,353 pending claims. About a third of those, 2,289, or 31%, are claims older than four months.
Last year at this time, the Phoenix region had 4, 766claims pending, with about half of them, 2,395, at least four months old.
As of the first week of April 2022, there are more than 230,000 backlogged claims out of more than 600,000 claims in process across the country.

As for primary care appointments for new patients – the Veterans Health Administration website shows you the average wait time for various locations across Arizona – ranging from seven days in Prescott to nearly 50 days in Surprise.
The list includes 46 days for the clinic in Gilbert, 45 days in Scottsdale, 34 days at the southwest Phoenix clinic, 31 days for the Phoenix midtown clinic and 25 days for Carl T. Hayden near 7th Street and Indian School Road, where Cooksey gets treatment.

Derek Debus is the Director of Military and Veterans law for Stone Rose Law Group.

He explains, "Unfortunately, that is not uncommon. The Veterans Health Administration, which is one facet of the Veterans Administration. The Department of Veterans Affairs is extremely understaffed, they're underfunded, and yet they have a mandate to provide a wide variety of services to the people who have served our country."
Debus represents veterans in cases with the Board of Veterans' Appeals and knows exactly what Cooksey is dealing with.
"So right now, if I filed an appeal to the Board of Veterans' Appeals in the hearing lane, which would give me a hearing before veterans law judge, I would expect to have a hearing within the next 18 to 24 months. Now after that hearing, there is 90 days for me to supplement the record with additional evidence and then about 90 days after that, there may or may not be a decision. So these appeals are taking quite a long time," he explained.
'I'm tired of my life being the way it is'
No benefits for Cooksey, and no full-time job, because his chronic pain just doesn't allow him to work long hours.
"It's still people waiting years. There are still people that are just now filing. They have no idea how long it's going to take to get them. How many of these people are my age that are filing now," Cooksey said.
He's beaten down by what he calls a "broken system."
"I don't even want to wake up. I hope I just go to sleep, and I don't wake up. Tired of dealing with it. I'm tired of my life being the way it is," he said.
A spokesperson for the VA is working on getting answers to FOX 10's questions specifically about Cooksey's case and why he's had to wait so long for a decision. Meanwhile, Cooksey now has an appointment set for late April 2022 regarding his appeal.

What's next for VA?

The Biden-Harris administration requested the 2023 fiscal year budget for the Department of Veteran Affairs be a little more than $300 billion. That's a 10% increase from 2022.
With that, there would be an investment in human infrastructure to hire nearly 30,000 full-time personnel.
According to the VA database, these 7,353 pending claims in the Phoenix system specifically require a rating. FOX 10 found an additional 968 pending claims that do not require a rating as of April 2, 2022.
Source: https://www.fox10phoenix.com/news/phoenix-veterans-benefits-nationwide-backlog