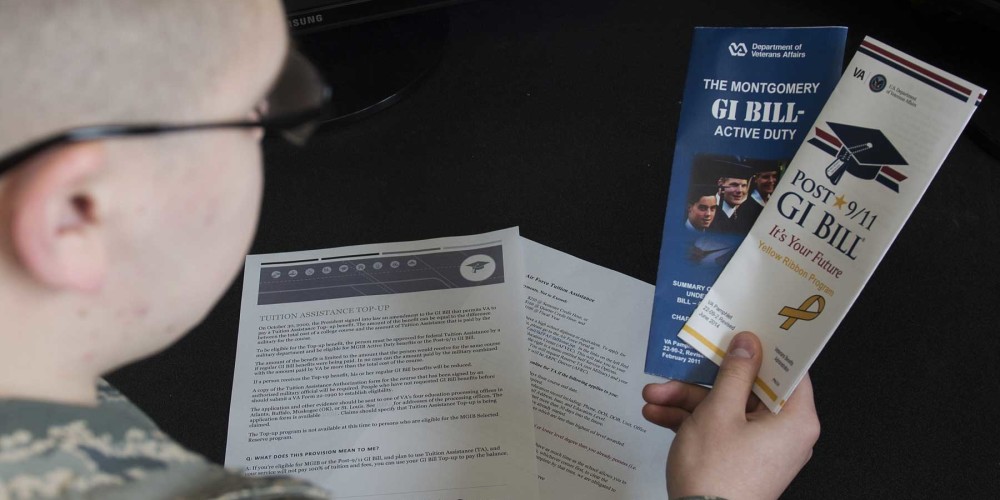 A program in The Massachusetts Institute of Technology (MIT)  programs recently lost GI Bill eligibility due to paperwork errors and poor communication with state authorities.

$3 million in tuition is paid by 104 GI Bill beneficiaries to the university. Of the 104, 20 people experienced huge delays in receiving benefits, including housing and tuition allowances of up to $3,000 per month.

Students were admitted under the promise that the Department of Veterans Affairs (VA) would financially support their education, an oversight that has become more prevalent among major universities because some school officials are not correctly applying for some courses to be authorized.

The news of MIT's problems follows a similar situation at Howard University, where a Military.com investigation revealed student veterans suffered from at least a year of clerical errors and misplaced paperwork, leaving some close to having no home.

Due to these failures, the District of Columbia State Approving Agency, which manages GI Bill compliance, threatened to cut off Howard's funding related to the GI Bill. This would have made 235 student veterans on campus without a place to live and needing a new school, while also costing the school more than $6 million in benefits that would have been lost.

Howard University and MIT are both reputable schools that provide high-quality educations. While advocates are not aware of other cases like MIT and Howard, Hubbard believes it's likely other universities are wasting their military scholarships as well, highlighting the importance for students to be aware of whether their programs, not just the schools themselves, are VA-certified.

In February, MIT did not properly apply for eligibility for its dual-degree Leaders for Global Operations engineering program, which led to its problems. It has also never applied for approval for its Ph.D. program. For courses to be eligible for student veterans to use military scholarships, schools must coordinate with federal and state regulators annually.

Michael Luu stopped receiving his GI Bill benefits in September, including his MIT scholarship to cover a large chunk of tuition and a housing allowance of about $3,000. He said he relies heavily on this money for basic living expenses.

The aerospace department at MIT offered Luu a spontaneous scholarship for $27,000 to cover fees for tuition while the administration works on how to properly authorize Ph.D. programs. According to Luu, he has not received all his deserved compensation, and the school's financial services department is unsure how to fix the situation.

There is no plan for Luu for next semester, which begins in February. Despite being told for the many months that his program will be certified, officials at MIT have not given a specific
timeframe.