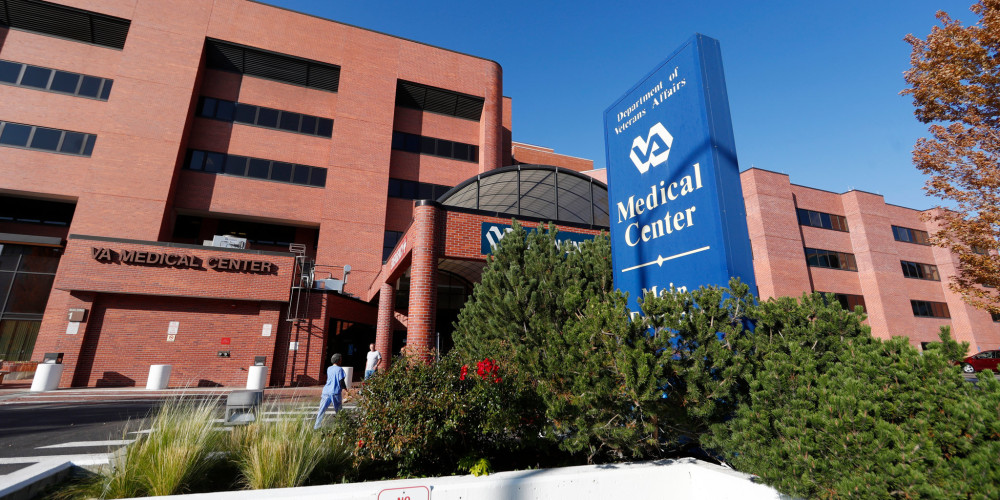 West Virginia's aging veterans are dying off, so the  Department of Veterans Affairs is considering limiting access to other services and reducing services at the state's three VA hospitals.

It was released by the VA in mid-March has its Asset and Infrastructure Review (AIR). This is part of the VA Mission Act passed by Congress this year. One of the provisions of the bill was the requirement that the VA provide recommendations to streamline and modernize healthcare services for veterans.

By following the AIR's recommendations, veterans' services would be greatly reduced in West Virginia. The Huntington, Beckley, and Clarksburg VA centers would be affected. Mr. Diaz, director of the state Department of Veterans Assistance, said he was shocked by the AIR report.

A proposed collaboration between the Clarksburg and Huntington VAMCs will eliminate the need for the emergency department.

This is compared with the current cost of $7.5 million for Huntington VAMC. In the Clarksburg VAMC proposal, VA would spend nearly $5 million, up from $4.8 million if there are no changes.

There is a recommendation from the VA for the construction of a new VA Medical Center to replace the Beckley VAMC, however the new facility will not provide the same inpatient medical and surgical services. Beckley VAMC would have a new community center, adult day care, outpatient services, and a community living center.

In 1950, the main hospital building was erected. Considering the aging infrastructure at VAMC, it suggests that modernization is necessary for continued Veteran care and clinical services." The report noted. We're going to provide non-surgical outpatient services that are most needed in the market at the new Beckley VAMC. "Strategic collaboration with a community provider will provide inpatient medical and surgical care."

Additionally, the VA will work with private and for-profit hospitals to replace inpatient medical and surgical services, including closing its emergency department. Also, the project will construct a new facility outside of Summersville for other outpatient services, increase access to home-based private care, as well as explore the option of telehealth.

AIR's recommendations take into account upcoming service demands. The Huntington VA Medical Center serves 23 counties in West Virginia, Ohio, and Kentucky, with 31,748 patients enrolled as of fiscal year 2018. More than half of enrollees hail from rural areas, and 57.4% live within 30 minutes of a VA primary care center.

It is estimated that approximately 70 percent of the VAMC's 14,964 veteran patients reside in rural areas of Beckley's 10-county market, which serves parts of southern West Virginia and western Virginia, with Beckley VAMC serving primarily Raleigh, Mercer, and Fayette counties. In the area, 45% of students live within 30 minutes of the center. A AIR report says inpatient medical services and long-term care will decrease 13.9% and 21.3%, respectively.

In Clarksburg, 22,189 veterans enroll, 80.4% of whom reside in rural areas and 58% within 30 minutes' drive of the VA hospital. Within the next decade, the demand for inpatient medical and surgical care is expected to decrease by 22.5%, whereas long-term care is expected to grow by 3.7%.

VA hospitals in West Virginia are not the only ones affected by these changes. It'll also affect West Virginia veterans in the Northern Panhandle and Potomac Highlands. All veterans receiving specialty care and long-term care services from the Pittsburgh-University Drive VA Medical Center will be referred to local medical providers. It affects residents of Marshall, Ohio, Brooke, and Hancock counties.

A report stated, "These counties lack enough Veterans to maintain VA service points, and VA enrollment in the Western Market is expected to decrease 14.8% between FY 2019 and FY 2029.". "Local community sources of care will improve Veteran access and free them from having to travel for local services.".

This report recommends moving OOS services to Franklin in Pendleton County and shutting down the facility in Potomac Highlands.

I think they are not familiar with Franklin and the eastern mountains of West Virginia," said  D-W.Va. Sen. Joe Manchin by phone Thursday. Will they go to Virginia?”

Pendleton County (where Franklin OOS is located) had 289 enrollees in FY 2019, and is projected to decrease by 5.5% through FY 2029, says the report. Community providers will serve Veterans in the Franklin, West Virginia, and surrounding areas in FY 2019."

Diaz met with members of the West Virginia congressional delegation on Capitol Hill this week about the AIR report, including Rep. David McKinley of West Virginia's 1st District.

Based on the U.S. census, West Virginia has 125,084 veterans, making up 8.7% of the state's population. Veteran populations in the United States are closer to 7%. Approximately 3,238 veterans of World War II and more than 49,000 veterans of the Vietnam War reside in West Virginia. We have nearly 24,000 veterans between the first Gulf War and the War on Terror in Afghanistan and Iraq.

They are just recommendations. VA MISSION Act established a nine-member panel appointed by the President and approved by the  House. The AIR Commission reviews the VA's recommendations and either approves, denies, or rejects them.

A new list of recommendations must be revised and sent to the President by Jan. 31, 2023, so that the president has until March 30, 2023, to approve them. Legislators have 34 days to pass a joint resolution of disapproval, otherwise it's on the VA to implement the recommendations.

Rounds and Manchin suggest no AIR recommendations be put in place until the Health Resources and Services Administration and Rural Health Council of the Center for Medicare and Medicaid Services vet them.

"This is our recommendation. Manchin says that will give them a real look at what rural America is like and the needs we have. If they follow this approach, we will make certain rural Americans will not be left behind, and we will also make certain that three or four of our hospitals that are currently providing whole-person care will not be left behind."

President Joe Biden, Vice President Kamala Harris, and former president Barack Obama celebrated the Affordable Care Act's 12th birthday on Tuesday. It provided health insurance to more than 30 million people. Manchin stated lawmakers will ensure that veterans' access to health care will not be eroded or restricted.
The White House just held this big meeting about expanding it and getting more people covered. All of a sudden, they're taking away services from the people who sacrificed the most.
'We will fight like hell, as we always have in West Virginia.'