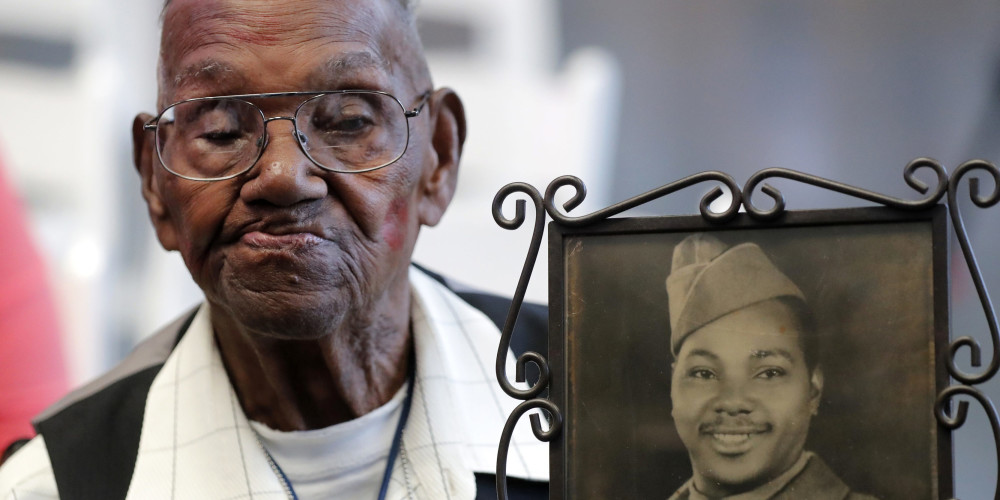 A group of Democratic lawmakers is renewing efforts to pay the families of Black service members who served during World War II for benefits they were denied or prevented from taking advantage of when they returned home.

The new effort could benefit all surviving spouses and living family members of World War II who were denied the opportunity to use the GI Bill to build wealth through housing and educational benefits.

These benefits have been available to millions of veterans transitioning to civilian life since 1944. However, local Department of Veterans Affairs (VA) offices have authorized fewer funds lot due to racism and discrimination, making it difficult for Black World War II veterans to purchase a home or their education.

Rev. Raphael Warnock, the son of a World War II veteran introduced the Senate bill. It would extend the VA Loan Guaranty Program and GI Bill educational assistance to Black World War II veterans and their descendants when the legislation is enacted. This proposal would also create a panel of independent experts to study inequities.

A bill called the Servicemen's Readjustment Act was approved by law by Franklin D. Roosevelt in 1944, which made a lot of financial subsidies available to nearly 16 million World War II veterans. However, only veterans who had served more than 90 days during the war and had been honorably discharged were eligible for benefits regardless of race. This was done for them to pursue higher education and also for purchasing their houses.

After returning from war, however, Black and white veterans faced very different realities.

Based on a preliminary analysis of historical data, black and white veterans accessed their benefits at comparable rates, according to Maria Madison at Brandeis University, who has researched racial inequities in the administration of GI Bill benefits.

Due to constant racism, most Black veterans were unable to utilize their benefits entirely. Therefore, the cash equivalent of their benefits was only 40% of what white veterans received.
Madison estimates that the difference in value amounts to $170,000 per veteran. She is researching to determine how much wealth Black families have lost due to racism and inequities in the GI Bill.