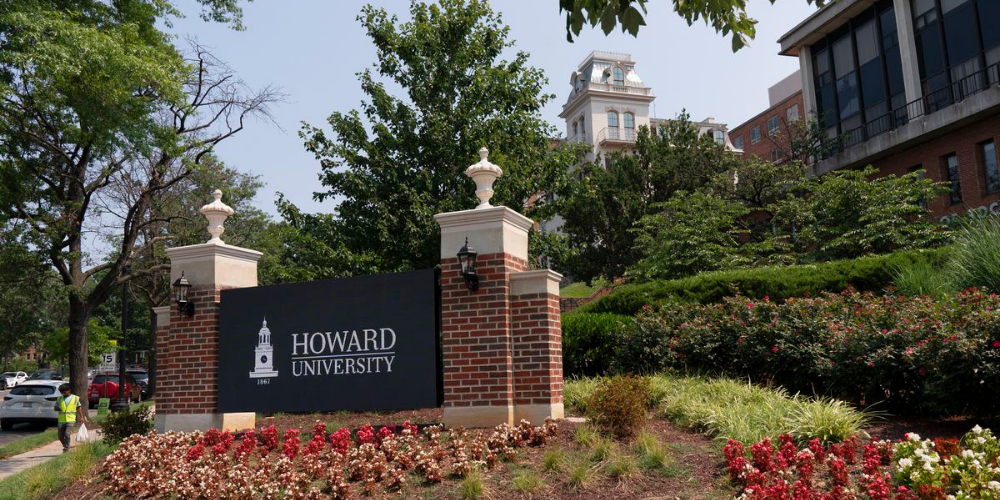 Howard University is offering student veterans a $3,000 no-interest loan after the source revealed the school had lost its accreditation for new students to use GI Bill benefits to pay for their education. The investigation also uncovered a pattern of mishandled paperwork for veterans that have left some struggling to meet their expenses.

Students will be required to repay the loan by December 14. Some blasted the school's loan program, saying they won't be able to pay it off if they don't get their GI Bill benefits and noting the school's history of issues with helping veterans access those payments.

"If I wanted to live in debt, I would not [have] joined the military and gotten a student loan," Tiahna Pantovich, an Army veteran, told Military.com. "I can't imagine every swipe, every gas tank fill-up, every grocery store shop knowing I have a cloud over me to pay this back."

In April, the District of Columbia's State Approving Agency, or SAA, revoked Howard University's ability to allow newly enrolled student veterans to use their GI Bill benefits. The decision took effect on June 15, triggering a 60-day window that closed Sunday.

"As we anticipate that the interruption in receipt of veterans benefits for some students will be resolved shortly, the goal will be for students to repay the advance once stipends from the VA are again processed and available by the end of the semester," Frank Tramble, a spokesman for Howard University, told.

Meanwhile, 57 student veterans signed a petition to the school's senior administrators urging Howard to do more than extend the loans -- such as waive tuition and fees for impacted students for spring 2021, fall 2021, and spring 2022 semesters.

"As of August 17, 2021, only five days before the Fall 2021 semester begins, military students still do not know whether or not they will be able to receive their education benefits, which includes a textbook stipend and a monthly housing allowance (in addition to covering tuition and fees), which dramatically affects the livelihood of these students," reads the petition, penned by Leana Mason, a Marine Corps veteran and Ph.D. candidate. "Many students are having to scramble for alternative options with no support from an institution that promises truth and service."

Instead of a loan, they may not be able to pay back; the student veterans also are asking the school to compensate them through a grant or scholarship for cash they may miss out on if they don't receive their benefits.

They are also petitioning the school to hire a new veterans benefits liaison or hire student veterans to support the processing of paperwork related to VA benefits.

It is unclear what led the D.C. SAA to revoke Howard's eligibility. Tramble told Military.com that it amounted to paperwork snafu stemming from new rules on filing that the SAA did not tell the school about in time. Yet, no other school in the D.C. area has lost its GI Bill credentials.

SAAs have authority delegated from the Department of Veterans Affairs to audit schools on their compliance with the law and whether the institution reaches certain quality minimums. The goal is to ensure that the GI Bill, one of the most costly federal benefit programs, is not wasted on fraudulent schools or institutions with weak credentials.

Taking away GI Bill credentials from a school displaces student veterans and cuts off a critical stream of financial support for their education. SAAs usually reserve suspension for extreme cases. Extreme action against an otherwise prestigious school is also rare.

Classes at Howard begin Monday, and the D.C. SAA has not responded to multiple requests for comment from Military.com. The SAA does have the authority to broaden the suspension, including blocking any veteran who previously had been eligible for using benefits at the school and making the suspension permanent. When multiple employees who played a role in the filings tied to Howard's suspension were reached by phone, they said they were not authorized to speak to the press.

If Howard is not approved to accept GI Bill benefits in the next week, veteran students will lose out on stipends used for rent and books, leaving some to find a new school.

While the move impacts only new student veterans coming into Howard, Military.com spoke to several students who had their benefits paused or suspended after what they described as clerical errors by the school, such as misreporting their majors to the VA. In at least one case, a veteran was displaced from her home after losing out on her housing benefits, which can amount to around $2,000 per month.

"We have provided all requested information," Tramble told Military.com. "They [D.C. SAA] have not indicated that our status has not changed either way as they review and await approval from the VA."