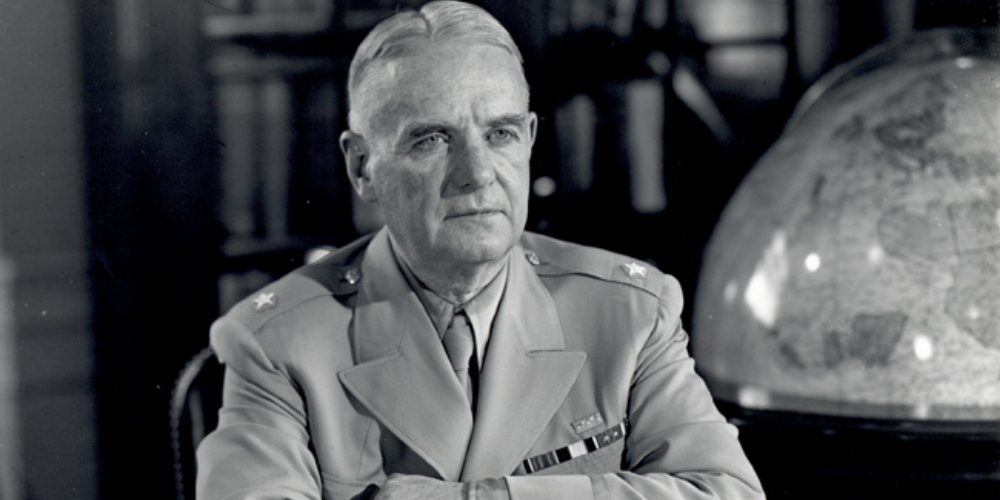 William J. Donovan may be best known for running the Office of Strategic Services spy agency during World War II, but he was also a combat veteran of World War I and one of the most decorated warriors in U.S. history.

Now, Donovan’s story is being told in "Medal of Honor: Wild Bill Donovan," the latest issue of the Association of the United States Army's graphic novel series. You can view or download a free copy at www.ausa.org/donovan.

After training as a lawyer at Columbia University, Donovan formed a cavalry unit for the New York National Guard and fought against Pancho Villa’s men at the U.S./Mexico border in 1916. As an Army major, Donovan led the 1st battalion, 165th Infantry of the 42d Division in France during World War I.

When Donovan joined, the unit was still known as the 69th Regiment and was known as the “Fighting Irish Regiment,” a nod to the ethnic background of many of its soldiers. Donovan’s exploits were chronicled in the 1940 movie “The Fighting 69th,” starring James Cagney as a fictional soldier who must overcome his cowardice in battle. Donovan is portrayed by the actor George Brent, best known for appearing opposite Bette Davis, Kay Francis and Barbara Stanwyck in movies where the women were the top-billed stars.

His men gave him the nickname “Wild Bill” after he kicked their butts on the obstacle course and taunted them for being out of breath. Donovan claimed to hate the nickname, but it stuck and now it’s in the title of this Medal of Honor graphic novel.

In October 1918, Donovan led his men into battle for the Meuse-Argonne offensive. The unit took heavy casualties, and Donovan was shot in the leg by machine-gun fire. He didn’t leave the field of battle and urged his men forward against what seemed like diminishing odds.

Even after tanks finally arrived as backup, Donovan stayed. German artillery forced the tanks back, and the enemy regrouped for a counterattack. His men held the line, and Donovan refused to leave until reinforcements arrived to take over.

After the war, Army Chaplain Francis Duffy lobbied for Donovan to be awarded the Medal of Honor for his actions that day. When it finally came through in 1923, Donovan received the medal at a ceremony attended by over 4,000 veterans. The major promptly donated the medal to his regiment in recognition of their shared sacrifice during the war.

Donovan became a U.S. attorney best known for his relentless pursuit of bootleggers during Prohibition. When President Franklin Roosevelt took office, he recruited Donovan to gather intelligence about the troubles in Europe and tapped him to lead a new spy agency as the U.S. got closer to war.

Donovan continued to take a hands-on approach to his work and personally landed at Normandy on D-Day to participate in spy missions as the Allies invaded Europe. After the war, Donovan successfully lobbied for the war crimes trials at Nuremberg.

In its current series, AUSA has released a graphic novel about Jacob Parrott, the Union Army soldier who was the first Medal of Honor recipient, and Mitchell Red Cloud Jr., the Native American soldier who held off Chinese troops during the Korean War. It will publish one more Medal of Honor graphic novel this year, featuring Roger Donlon, the first recipient from the Vietnam War and the first Special Forces recipient.