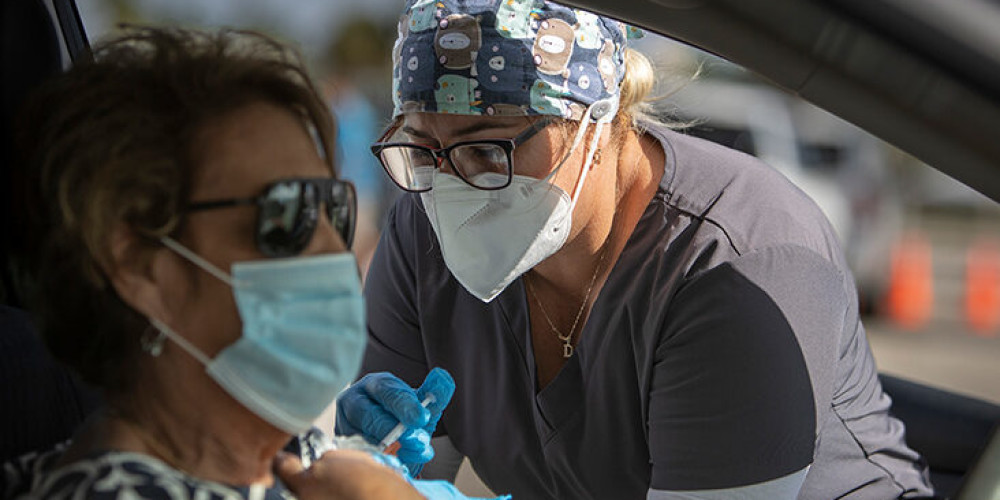 Officials announced Sunday that members of the military health system would be able to get free COVID-19 test kits to use at home at most Defense Department hospitals and clinics.

The military health system patients are entitled to eight tests every 30 days. For beneficiaries to receive the free tests, they must present their Uniformed Services Identification Card or Common Access Card at distribution sites in military hospitals or clinics.

Defense Health Agency press release says only ID-card holders can get the tests, so people can't pick up tests for their family or anyone else.

In addition, the federal website, www.COVIDTests.gov, offers four tests delivered by home. They can also get free tests at national, state, or local distribution sites.

According to an initiative from the Biden administration, effective Jan. 15, private and group insurers must either cover the costs of take-home tests sold at network pharmacies or fully reimburse beneficiaries for the cost of the tests.

But federal health insurers, like Medicare, Tricare and the DVAA, didn't get included.

As of Feb. 3, the Biden administration announced that the reimbursement benefit will now be available to Medicare beneficiaries, which means Tricare for Life, the program for older military health system patients that acts like a wraparound for Medicare, will be able to receive reimbursements.

Tricare will reimburse you for at-home tests purchased at a store or pharmacy as long as they're authorized by a provider and considered "medically necessary", which means the beneficiary has symptoms of the illness or has been in close contact with someone infected.

Yet, officials noted that Tricare patients have "multiple options" for obtaining free rapid antigen tests, such as mail-order systems, and can also do PCR tests at 20,000 locations nationwide.

Members of Congress have called on the DoD to cover Tricare's tests.