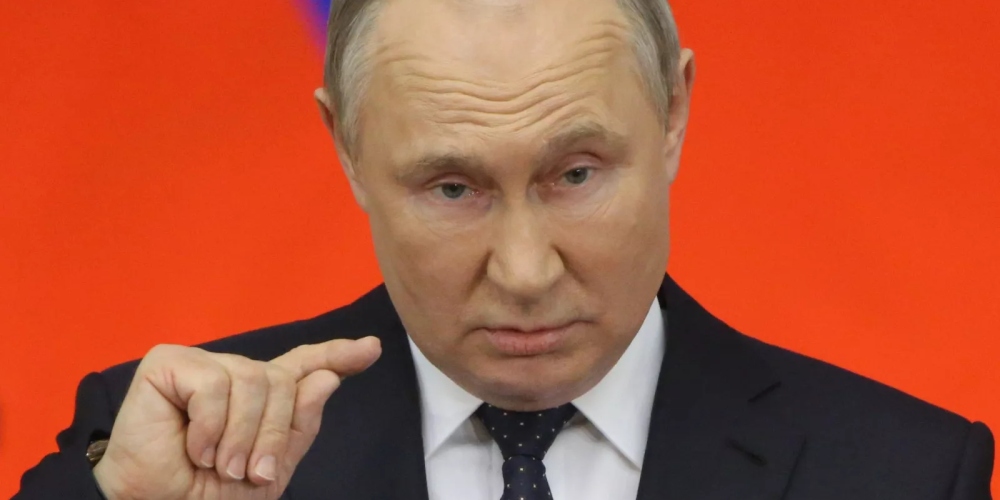 Moscow has reportedly been aiming to complete a takeover of the strategically important Ukrainian port city by May 9, when Russians will celebrate the defeat of Nazi Germany in 1945 with military parades in Red Square.

Moscow's assault on Ukraine has developed into the largest conflict in the country since the end of World War II, known in Russia as the Great Patriotic War, and reports suggest Putin could use Victory Day to formally declare war against Ukraine—though the Kremlin has denied that.

In the run-up to Victory Day, World War II veterans in Kyiv have called on Putin to allow Ukrainian soldiers and civilians out of the heavily bombed Azovstal steel plant, the only part of Mariupol not under Russian control.

"Hitler's logic was clear, he wanted to destroy all nations," veteran Alexandra Romanchikova said in a video posted by Ukrayinska Pravda. "Why you [Putin] attacked us is unclear. We did not ask for anything and did not impose our orders on you."

"Hitler's logic was clear, he wanted to destroy all nations," veteran Alexandra Romanchikova said in a video posted by Ukrayinska Pravda. "Why you [Putin] attacked us is unclear. We did not ask for anything and did not impose our orders on you."

The veterans pointed out that Ukrainians and Russians had fought side by side for the Soviet Union against Nazi Germany in World War II.

"We protected [people] from a terrible villain in 41-45," they said in a joint-statement, appealing to Putin. "Don't be the same villain. Become a human being. Release them for the sake of our [Great Patriotic War] victory, which we also forged."

The Azovstal plant has been the site of a fierce battle as Ukrainian forces continue to fend off a complete Russian takeover of Mariupol.

Earlier this week, Ukrainian President Volodymyr Zelensky said that at least 200 civilians were sheltering in underground bunkers inside the plant with little access to food or water.

On Saturday, Ukraine's Deputy Prime Minister Iryna Vereshchuk said that the plant had been partially evacuated.

"The President's order has been carried out: all women, children and the elderly have been evacuated from Azovstal," she wrote in a post on Telegram. "This part of the Mariupol humanitarian operation has been completed."

In his nightly address, Zelensky said the focus would now turn to extracting the wounded and medics.

Zelensky added that efforts to secure humanitarian corridors for residents of Mariupol and surrounding towns would continue on Sunday.