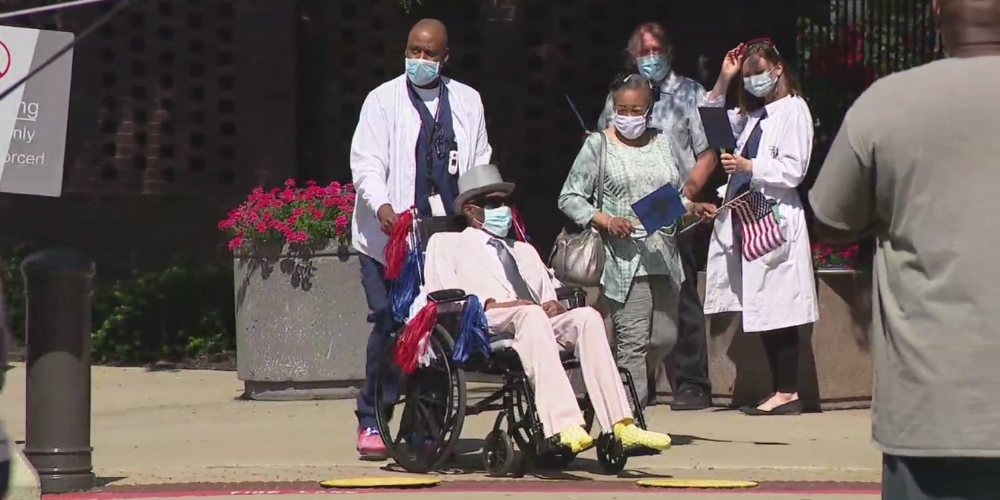 Chester Lloyd, Jr. has some stories to tell.

He served in the U.S. Army and survived World War II.

Wednesday, he turned 100-years-old and people turned out to celebrate his life. Chester is a Cleveland native and was a season ticket holder for the Browns. You also may have seen him at the Cavaliers games where he operated the elevator.

Chester is an avid reader. The VA says he loves to talk about finance and history. He’s currently in hospice care at the Cleveland VA Medical Center.

He and his family and caregivers were outside the facility Wednesday for a birthday surprise.

A car parade drove around to surprise Chester and wish him a happy 100. “It was beautiful; it was really beautiful,” he told us. “I never thought I would be in this position… but it was grand. I’m glad you cut it off because I was just about to show tears,” said Chester, about the parade.

“There’s a lot of heroes out there who don’t get any ink,” said Jackie Robinson, Chester Lloyd’s nephew. “They are quiet; they don’t ask for anything, constantly doing their jobs. It’s a lot of heroes in this building.”