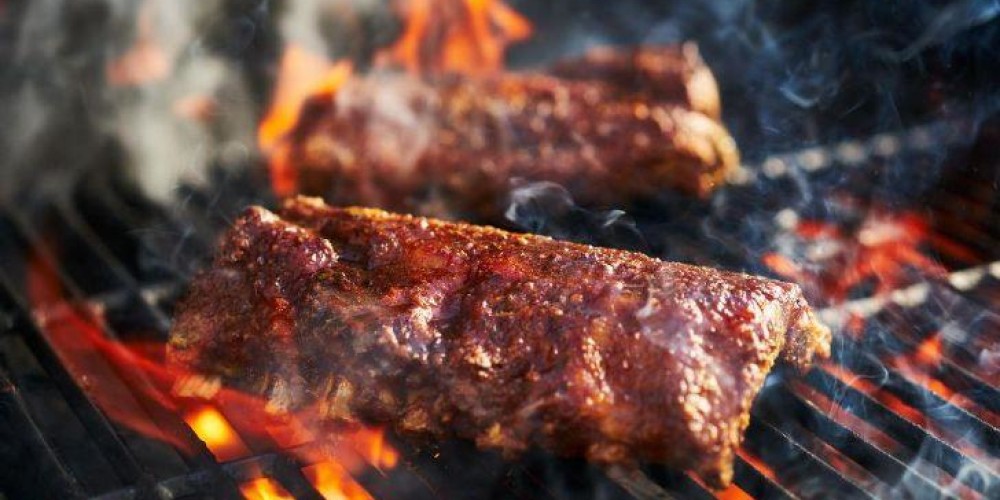 The courthouse square has a memorial honoring all those who lost their lives in the defense of and service to the nation. There is an ever-growing veterans parade in Ripley, a town that is also known as the biggest small-town Fourth of July celebration in America. Ceremonies in Ravenswood solemnly commemorate all those who serve and sacrifice.

Beyond recognition and honor, Jackson County has organizations dedicated to the care and well-being of veterans. These include Operation Jackson County Veterans, Veterans of Foreign Wars (VFW) posts and American Legion posts.

Then there is Hunting Heroes. Formed in 2013, the inspiration came from a desire to allow veterans who may be facing physical, psychological or emotional challenges to do one of the things West Virginians love to do which is hunt.

Tom Reynolds, one of the founding members, said that it was a simple idea that has blossomed into a 10-year tradition.

“That first year, we had 30 warriors,” he said. “Since that time, we’ve had hundreds come out from West Virginia and beyond to Parchment Valley Conference Center and have the time of their lives.”

The organization offers other things to veterans in need, including stair lifts, aluminum ramps, transportation, outdoor activities, and financial assistance.

“We work with the Veterans Administration, Disabled American Veterans, our local VFW, American Legion and Operation Jackson County Veterans, among others,” he said. “We’re not shy about asking for whatever is needed.”

For years, the group hosted a popular critter dinner as a fundraiser. In the last two years, with the health pandemic, it became impossible to continue. As things improved, the board of Hunting Heroes decided to make a change.

Two members, Bob Frame and Dick Ledford, had become aware of barbecue tours. They decided to see one in action and went to Welch, W.Va. They came back determined to make this an event in Jackson County.

Contact was made with the Kansas City BBQ Tour which has a network of barbecue competitions throughout the United States.

The decision was to host the ‘throwdown’ on the courthouse lawn in October 2021. The pandemic, which was beginning to wane, resurged and forced the cancellation. But it did not cancel the Hunting Heroes’ determination to have the event when possible.

The WV Downtown BBQ Throwdown will be on the courthouse lawn on Friday and Saturday, April 22 and 23.

“This is going to be something,” Reynolds said. “There will be lip-smacking good food, lots of entertainment, crafts and all kinds of vendors.”

There will be two divisions in the competition. Pro pit masters from all over the country, including two from Jackson County, will be competing to win the top prizes. The backyard barbecue teams will test their skills in the other division. All competitors will be hoping to earn part of the $7,500 prize money awarded to various winners.

Miller said that there are close to 25 professional cookers coming, including the Fairplain Yacht Club and the Ranson family.

“They chose to join the big guns,” he said with a smile. “Maybe they’ll show them a thing or two.”

Backyard competitors, including Hot Johnson’s which was the first to enter, number around 20.

This is a Kansas City Barbecue Society (KCBS) sanctioned event and those pros who place in the top five will earn points in the national tour competition. At the end of the season, a national champion is named.

“This is a really big deal,” stated Reynolds. “For this to be held in Jackson County is a great honor.”

The professionals will compete in chicken, pork, brisket and ribs, while the backyard teams will demonstrate their skills in chicken, ribs and pork. Official judges are certified by KCBS.

On Friday, April 22, the competitors will be setting up their cooking stations around the courthouse square.

Miller said that will be ‘something to see.’

“I don’t think we’ve ever seen the square quite like this and it’s going to smell mighty good too,” he said.

On Saturday, the public is invited to enjoy the free music, visit the vendors and crafters and enjoy other fun activities.

Competitors must follow strict rules for the official judging, but perhaps the most fun will be when the public comes by to take their taste. Hunting Heroes has provided a pork butt for any competitor interested in taking part in this part of the contest which will be from 2-4 p.m.

Tickets can be purchased for $10 online or at the Jackson County Library. On Saturday, April 23, the cost of tickets is $15 for adults; children under 12 pay $5 if with a paying adult. Every veteran is free of charge. Each ticket is worth five tastes of the various pork recipes and voting rights.

Reynolds says that no proof of service is needed for a veteran’s free ticket.

“We fully trust those who say they have served this country,” he said. “No questions asked.”

Both Miller and Reynolds say that this ‘throwdown’ is a huge undertaking. There have been challenges, especially with electric. It’s taken many volunteer hours and sponsorships to make this event happen.

“We live in an amazing community,” Miller said. “You don’t even have to ask and volunteers come pouring in to help. And our sponsors have been so generous.”

There is one blessing both men say has helped get word out about the cookoff. A professional marketing company has provided posters, website design and event planning.

“The folks at PlanIt World have been amazing to work with,” Reynolds said.

For the Hunting Heroes organization, the barbecue extravaganza is simply a way to continue the mission of improving the quality of life of United States veterans.

“You know, 1 percent of Americans serve in the armed forces,” said Miller. “We will always honor that 1 percent. The sad fact is that every day 22 veterans commit suicide. That must change. We’ve had people who have come to our hunts or have received some sort of help from our group tell us ‘You saved me.’ How can we not continue to do this?”