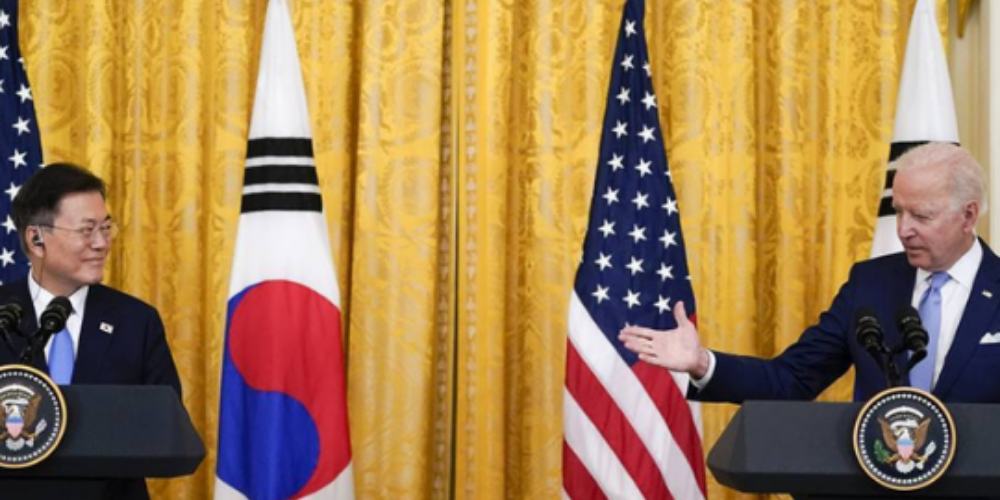 U.S. President Joe Biden on Monday said his country is proud of its friendship with South Korea, which he said still remains the key to maintaining peace and stability on the Korean Peninsula.

His remarks came as the allied countries mark the anniversary of the signing of the Korean armistice that ended the 1950-53 Korean War nearly seven decades ago this week.

"Our commitment to protecting peace on the Korean Peninsula has endured and grown in the ensuing decades. We are immensely proud of our historic friendship and the trust we share with the Republic of Korea," the U.S. president said in a statement, released by the White House.

"The service and sacrifices of both our nations have left an indelible determination to sustain peace and promote regional stability," he added.

Some 1.8 million American service members had fought for the defense of South Korea from the invasion of communist China and North Korea, more than 36,000 of whom were killed in action, Biden noted.

"We shall never forget the service members who made the ultimate sacrifice," he said, proclaiming July 27 as National Korean War Veterans Armistice Day. "I call upon all Americans to observe this day with appropriate ceremonies and activities that honor and give thanks to our distinguished Korean War Veterans."

Biden insisted the South Korea-U.S. alliance continues to remain crucial to maintaining peace and security on the Korean Peninsula.

"Training side-by-side with the Korean military, our Armed Forces abroad help keep the watch while proudly upholding the legacy of those serving before them. Our partnership remains crucial to maintaining peace and stability today and to expanding economic growth in a critical region of the world," he said.

The U.S. currently maintains some 28,500 troops on the Korean Peninsula.

Biden also noted the armistice did not officially end the war but that South Korea still managed to thrive.

"The armistice made possible the exchange of prisoners of war as well as an opportunity to negotiate a peaceful settlement. Almost 70 years later, that settlement still has not been reached, and the Korean Peninsula remains divided along the 38th parallel," said the released statement.

"Yet, the Republic of Korea has grown into a thriving, vibrant country, and the enduring relationship between our two nations has flourished through decades of peace."