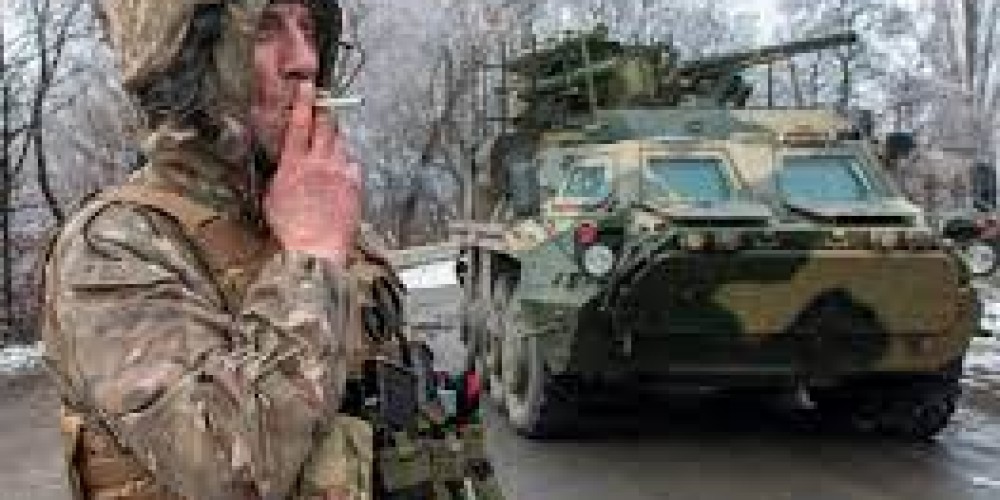 I have watched the images that have been coming out of Bucha, Ukraine, with horror and fury, just like many other people around the world. All wars cause destruction and destruction leads to the destruction of innocent lives.

As a soldier in Iraq, I saw my fair share of human suffering, but the seemingly endless mass graves and desecrated corpses left behind in Bucha by the fleeing Russian military felt like some new circle of hell to me.

At some point, I looked away. We all have limits. There were faces of people I know who are still alive in Ukraine on those dead bodies.

After spending a few weeks teaching urban combat and survival tactics to Ukrainian civilians in Lviv, Ukraine, I just got back. The reason we flew there was because we saw a sovereign democracy being attacked. Separating those we trained from those in Lviv who were massacred is just a matter of geography.

We spent hours together getting to know our trainees: the idealistic law student, the gruff middle-aged geography teacher, and the cheerful IT guy. Each of them is a parent, neighbor, churchgoer, and businessman. People who never thought they would have to defend themselves with a gun. But they are prepared.

Ukrainians gave us their time and effort. Our response was to give them our experience and hard-won wisdom. My experience was one of the most fulfilling of my life, and I do not doubt that if Russian soldiers reach Lviv, these civilians will resist occupation in various ways. It's Bucha who has instilled the courage and will to fight in them.

Should these people go to Ukraine? This depends on the circumstances. Do the volunteers have families? What kind of life insurance do they have? What are their contacts on the ground, what is their exit strategy, how will they finance the accommodation?

These are a few of the questions I asked myself before flying overseas with the other trainers. There's a moral clarity to helping Ukraine that sets it apart from other modern conflicts.

Think about how you'll provide something the Ukrainian people lack and need.

They've joined Ukraine's new foreign legion and are fighting Russian forces around Kiev. So far, the results are mixed. Taking on experienced combat veterans is the lesson we are learning, a Ukrainian general told Task & Purpose last month. "The others are not prepared."

Since President Volodymyr Zelensky announced the call for international recruits late last month, the foreign legion has received considerable media coverage. Over 20,000 fighters from 52 countries, including 3,000 Americans, are claimed by the Defense Ministry. Since then, legionnaires have told harrowing stories about insufficient training and equipment, as well as lack of oversight from Ukrainian officials.

Regardless of motivation or purpose, simply being an American in Ukraine is risky. At the very least, two Americans have been killed in Ukraine - James Whitney Hill, who was killed while Russian artillery shelled Chernihiv and documentary filmmaker Brent Renaud, who was shot while reporting from Irpin, a suburb of Kyiv. There was persistent rumor that American legionnaires had been killed in the cruise missile attack on Yavoriv military base; a person in Ukraine's Ministry of Defense whom I questioned about these claims refused to confirm them or deny them. The U.S. official said, "Russian government security officials may be targeting Americans in Russia and Ukraine."

Additionally, the American government is not insignificant. It seems like Washington's financial and "lethal aid" support is the best approach; even the Ukrainian government gets it.

However, Americans are not prohibited from traveling to Ukraine legally. Customs officials only cared about weapons in my passport when I had Ukraine stamps. I didn't.

One of the best aspects about living as an American is you don't have to wait around for permission from the government. It would be unjust and dishonest for me to discourage my fellow veterans from traveling to Ukraine. Many in Eastern Europe still view America as a beacon of democracy, despite many of our recent ills and failures. Those things matter, I think.