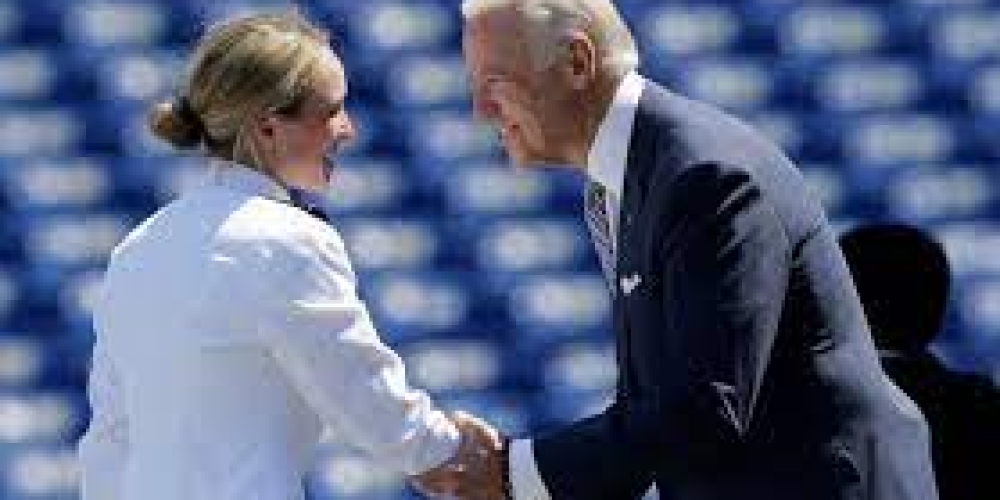 During his commencement speech at the Naval Academy in Annapolis, Maryland, on Friday, President Joe Biden condemned Russia's "brutal" war in Ukraine and cautioned graduates that the world is at a crossroads.

Biden also cautioned naval officers of a difficult path ahead, explicitly criticizing Russian President Vladimir Putin for invading Ukraine. Since the invasion began, the US has provided nearly $4 billion in weaponry and equipment to the Ukrainians, but the president has stated that American troops will not fight in that country.

Biden reminded the sailors that the class is "graduating at an inflection point, not only in American history but in world history."

"It's obvious that no grads have any real say in what world they enter. It's already been predetermined for everyone, adding that "you need to create a new world for everyone."

Despite the lack of US troops in Ukraine, the Russian incursion has prompted the deployment of over 20 Navy ships to the Mediterranean Sea, including the aircraft carrier USS Truman and its strike force.

Since then, Navy and Marine officers have discussed how the conflict has influenced their ideas about tactics and combat in the future.

"Take a look at Vladimir Putin's 125 [battalion tactical units] stationed throughout Ukraine. That's not the kind of force any of us wants. "In early April, Adm. Mike Gilday, the Navy's military chief, briefed military leaders and industry officials at the Sea-Air-Space Exposition outside Washington, D.C.

In a broader sense, Biden entrusted the graduates with safeguarding democracy and the global order based on freedom that America helped construct. He used a discussion he had with Chinese President Xi Jinping shortly after his election victory to illustrate his point.