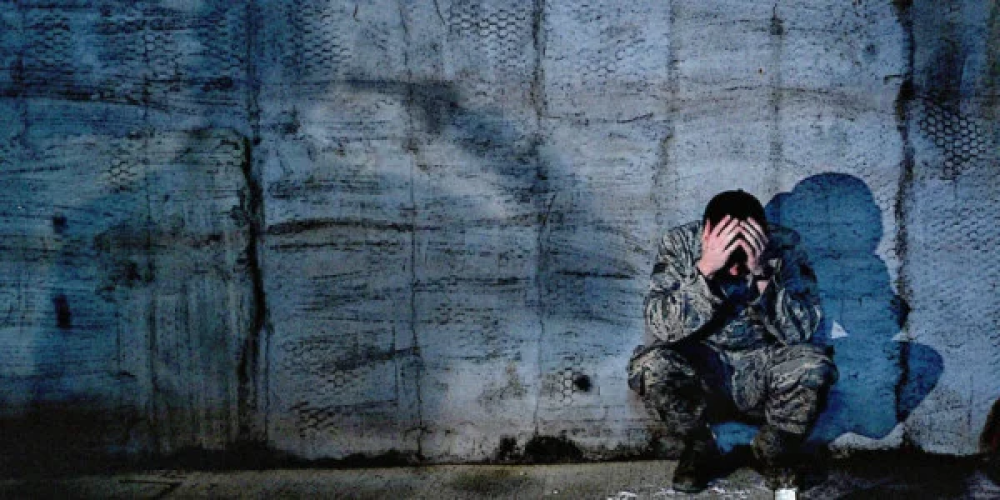 Randy McDonald once oversaw the manufacturing of precision-guided munitions and cluster bombs at Minot Air Force Base, sometimes working alongside some of the highest-ranking airmen. In his mid-40s, he had to make sure 10,000 items sat where they should go on sprawling shelves at Home Depot: tools, thermostats, humidifiers, duct tape — you name it. He missed the camaraderie and brotherhood that had defined the first half of his life. Now, it felt like his sole goal was unloading enough retail from semi-trucks to earn a bonus check.

He felt like a burden. He thought about ending his life and leaving behind his two daughters and wife. Leaving behind the three-bedroom stucco house where they lived in Minot, North Dakota, and its brick-lined, arched front door. He came up with a plan. He knew the date, time, place, and how he would die by suicide. But then, a slight deviation in his well-oiled journey snapped him out of his funk. “What the hell are you doing?” he thought.

He realized how close to the abyss he was teetering, and this realization set him out on a new journey. What if he could reach out to other veterans before it was too late, he wondered, even those in the far reaches of North Dakota?

He knew he was hardly the first veteran to think about suicide. Across remote areas of the country, from Pennsylvania to Montana, from Wyoming to Nevada, thousands are going through the same trepidations. They face a fragmented social fabric, a byzantine path to receiving health care and a pervasive stigma surrounding mental health. This, combined with a shortage of community resources, crippling isolation, and a gun-friendly culture, makes rural veterans 20% more likely to die by suicide than veterans. These former servicemen die by suicide at such a high rate that they drive overall self-inflicted deaths in rural counties.

Deep in the Intermountain West, mental health researchers have developed a program that could help stem this tide of veteran suicides. It hinges on a radical paradigm shift: What if people like McDonald — not just mental health experts — were the first line of defense against suicide? What if it took a veteran to save a veteran?

Twenty-two. The numerals appear in white font on black rubber band bracelets worn by veterans — the estimated number of veterans who die by suicide every day. That figure has fluctuated over the years and probably stands at around 17. But this issue has afflicted the U.S. military at least since the 19th century.

While suicide was deemed morally repugnant, many Civil War veterans traumatized by the war still took their own lives. Some of the soldiers who’d survived World War I didn’t live much longer after the conflict ended: In 1921, a former colonel in the Army’s Medical Corps testified in front of a Senate committee that 400 veterans had taken their lives in New York state just the previous year. And about 9,000 Vietnam War veterans are estimated to have died by suicide from the time of discharge through the 1980s.

The trauma associated with combat exposure has long been blamed for veteran suicide. It was once referred to as “nostalgia,” then “shell shock” during World War I, and PTSD after Vietnam.

By the time James Peake, an Army doctor who’d served in Vietnam, was appointed as the U.S. Army Surgeon General in 2000, the crisis was well documented. That’s why when the U.S. invaded Iraq, Peake made sure to send mental health experts to the front lines to “drive mental health (treatment) deeper into the units,” he says.