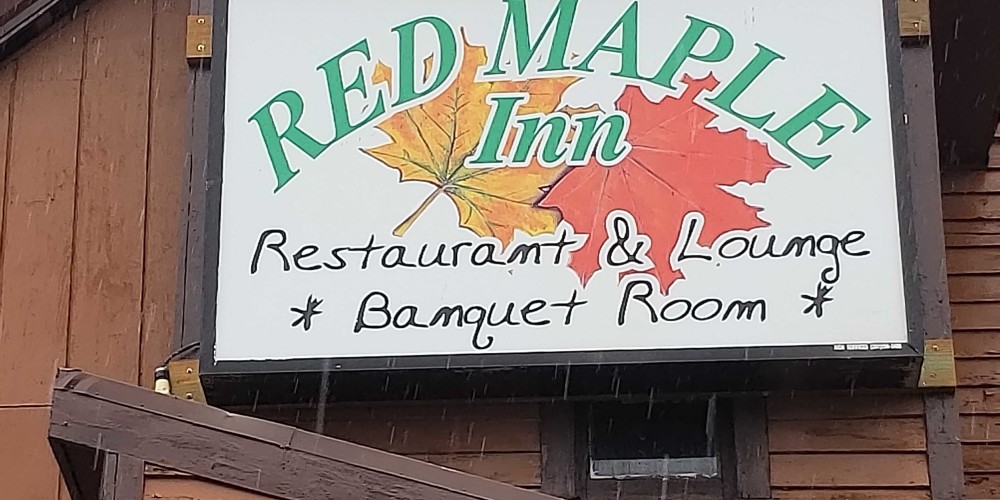 Red Maple Inn in Guilford has won an award named for its "boundless and heartfelt support for our veterans." The award went to co-owner Paul Zimmerman, who is retired Navy Master Chief Petty Officer Brian Pampuro, who used to live in Annapolis but now lives in Abbot. Pampuro served his country for thirty years.

Papoor said he was proud to present this flag to honor Martha (Ward) and acknowledge her outstanding commitment to our veterans. The flag was flown atop the US Naval Memorial in Washington, D.C. Frank Thorp signed the accompanying certificate, rear admiral USN (Ret. ), and the United States Naval Memorial Foundation CEO.

There's a giant American flag on the wall of the Red Maple Inn. Hundreds of veterans from all branches have signed the flag in Maine and throughout the nation. When each veteran signs their name, rank, branch and dates of service, the National Anthem plays, and everyone stands to honor the flag and the signing veteran.

Pampuro claimed that he had never experienced a situation like this in our country or anywhere else.

The American flag now hangs from the same dining room ceiling. I recently completed this painting painted by Lacey Crime of Lacey Crime Art in Plymouth, a talented young woman whose husband is currently serving in the military.