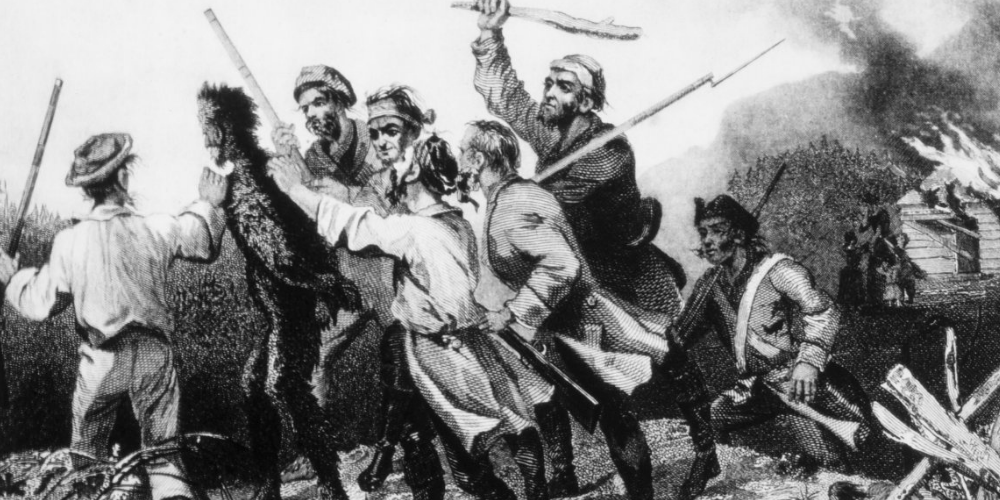 What do the Son Tay Raid and Operation Eagle Claw have in common? Not much, looking at the operations themselves. But special operators from both missions have come together in recent years for the good of another cause: the needs of special operations veterans and their families.

The Silent Warrior Foundation is a nonprofit organization formed by American special operations veterans in 2011 to offer scholarships to family members, procure service animals for veterans and generally provide for the needs of their community.

To raise money for their causes, they've reunited notable veterans to have a few drinks and share some of their firsthand experiences from those prominent moments of military history.

They call the event "Whiskey and War Stories," and it's filled with reminiscences you won't find in any book anywhere. The 2021 event is the sixth annual and featured veterans of Operation Eagle Claw, the aborted mission to rescue hostages being held at the U.S. Embassy in Tehran after the 1979 Iranian Revolution.

Dave Hall, a retired Navy SEAL senior chief petty officer and president of the foundation, helps set up the annual "Whiskey and War Stories'' events. He has organized reunions of veterans of the invasion of Grenada; Operation Thunderhead, an attempt to rescue escaped prisoners of war in North Vietnam in 1972; and, last year, veterans of the Son Tay Raid, an earlier rescue mission in Vietnam.

Those veterans are the guests of honor, taking the stage at a gala event where they give their personal accounts of what happened, the good and the bad. For the veterans, it's a heartfelt reunion. For those watching, it's a revealing look at the lives of the special operators who risked their lives to rescue their fellow Americans.

Hall believes there's no better way to relay the story and the emotion behind it.

"We decided we would just tell the story," he said. "The story is huge, and the audience is just wide-eyed the whole time. They really get into it; they really listen to the ups and downs of the stories when these guys are talking."

When it came time to decide which group to gather in 2021, the choice was easy: Operation Eagle Claw is one of the reasons Hall joined the military.

"I was 12 years old, and I remember watching it on TV," he recalls. "That's one of the things that inspired me to join the military, to become a SEAL. But I've always felt like the media steals the story every anniversary, giving a revamped, tired story of tragedy and failure. But they don't talk about the sacrifice, the innovation and persistence it took to go and try to get these guys."

This year's event featured a couple of the former hostages, U.S. Marine Corps veterans Rocky Sickmann and Billy Gallegos, who met some of their would-be rescuers for the first time.

"The number of people involved. … It just blows my mind," said Sickmann of the hostage rescue team, "41 years later, that so many people were put together to come over and gain my freedom."

Sickmann, Gallegos and 50 other hostages were taken when protesters overran the U.S. Embassy in Tehran on November 4, 1979. By April 1980, talks between the United States and the new Islamic government in Iran had failed, and the administration of President Jimmy Carter severed diplomatic relations.

The operation required 93 Delta Force soldiers to assault the embassy;13 more Special Forces soldiers to hit the Ministry of Foreign Affairs, where other hostages were being held; a force of 12 U.S. Army Rangers to act as a roadblock team for the first airfield, codenamed Desert One; another team of Rangers to seize Manzariyeh Air Base outside of Tehran for the hostage to escape; and 15 Farsi-speaking locals and Americans to act as drivers to move the hostages.

Even before the president gave the go-ahead, Air Force combat controllers marked the makeshift airfield at Desert One for landing ​​three Air Force EC-130Es carrying fuel and supplies and three MC-130E Combat Talons carrying the Delta and Ranger teams. Eight Navy RH-53D Sea Stallions were to stop at Desert One, refuel and carry the assault teams to another site, Desert Two, to stage for the rescue missions.

But the mission did not go as planned. Three helicopters experienced mechanical failures, and two of those had to abort the rescue attempt. Along the way, one of the Sea Stallion helicopters crashed into one of the fuel-carrying C-130Es, causing an explosion and fire that killed five airmen and three Marines.

"The men that were coming to get us are my heroes -- always have been, always will be," Gallegos said. "I've met a couple over the years and, being here, I've met a lot of them, and it's the greatest thing in my heart, other than the birth of my daughter."