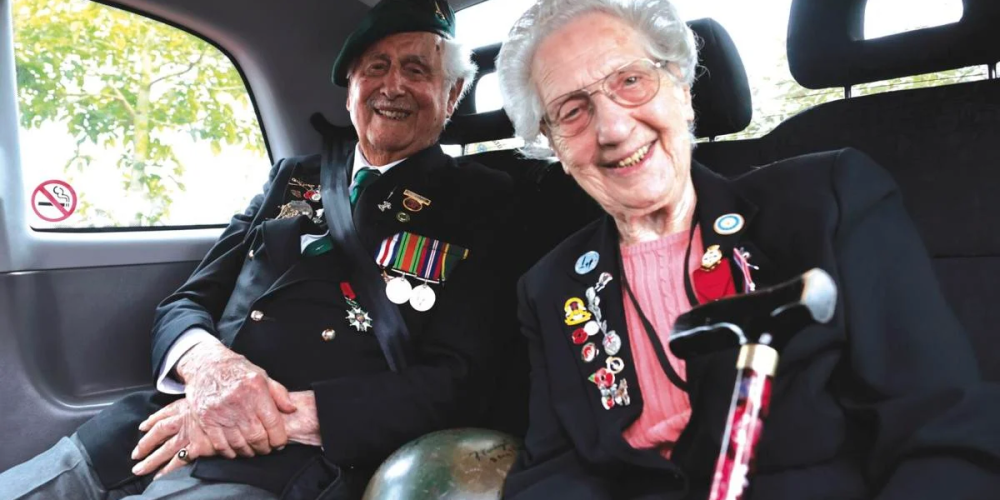 Around 20 British veterans gathered on Sunday at Pegasus Bridge in northern France to commemorate the nearly 160,000 men from the United States, Canada, and other nations who landed in Normandy on June 6, 1944.

Veterans, their families, and French and international visitors braved the rain to participate in a series of festivities commemorating the 78th anniversary of D-Day this weekend and on Monday.

The COVID-19 pandemic has restricted or deterred visitors for the past two years, making this year's D-Day anniversary particularly poignant. Many people felt that the commemorations honoring those who helped bring peace and freedom to the continent were especially poignant this year, given that war has erupted in Europe again since Russia invaded Ukraine on February 24.

Hundreds of American veterans were also in the area ahead of Monday's service at the Normandy American Cemetery and Memorial, home to the gravesites of 9,386 soldiers who perished fighting on D-Day and in the subsequent operations.

This year, many visitors came to see the monuments commemorating significant battle scenes and to express gratitude to the warriors. On the tiny lanes of Normandy, World War II history buffs dressed in battle attire were seen in jeeps and military vehicles.

Andy Hamilton, a 57-year-old former police officer from Shropshire, England, came on vacation with his family, including his two 8-year-old grandkids.

"We're now paying our respects to the sites here and giving the grandchildren an idea of what World War II was like... and the number of people who have sacrificed their lives for everyone's freedom," he said.

D-Day saw the arrival of Allied troops on beaches named Omaha, Utah, Juno, Sword, and Gold by 7,000 boats. On that one day, 4,414 Allied soldiers were killed, including 2,501 Americans. Over 5,000 people were injured, and thousands of people were killed or injured on the German side.