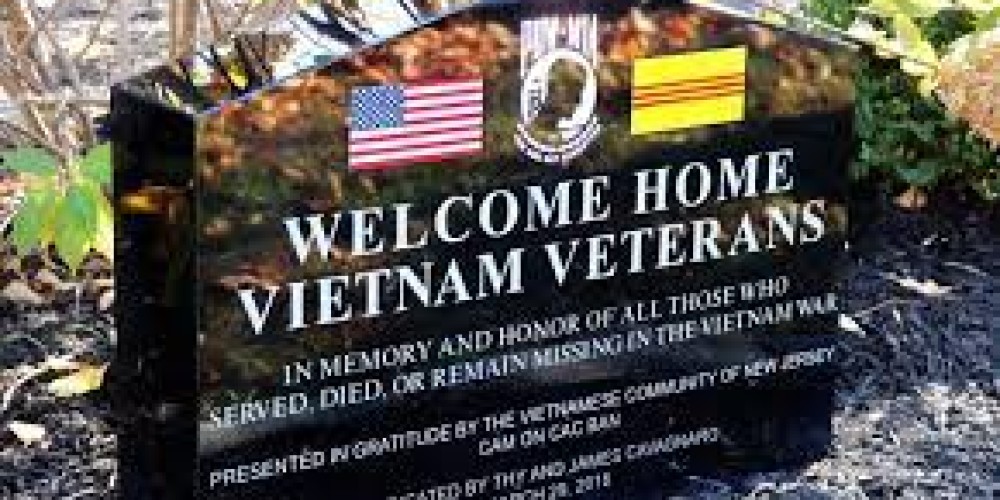 The American Legion Post 163 honored Vietnam veterans March 29 with an appreciation day gathering, not only a luncheon but for brothers and sisters to sit in harmony, pay homage and reflect the past.

March 29, 1973, is recognized as the date the last U.S. combat troops departed Vietnam. It was also the day Hanoi released the last of its acknowledged prisoners.

Veterans huddled around the American flag and the Missing Man Table, sometimes referred to as the “Fallen Comrade Table.”

Represented upon the table are symbolic reminders of those fallen, missing or imprisoned U.S. military service members whose origin grew out of concern of the Vietnam War POW/MIAs.

The symbolism of the small lone table signifies the isolation and absence of the Veteran.

The white tablecloth symbolizes the intentional purity of the missing service member’s call to duty.

A single red rose symbolizes the bloodshed for defense of our great nation.

A red ribbon signifies love of country that inspired the service member to join.

A slice of lemon found on a plate reflects their bitter fate. Sprinkled salt on the plate symbolizes the tears shed for the missing member.

An inverted glass reflects that the missing is unable to partake. A lit candle symbolizes hope in the hearts to illuminate the path home. The empty chair represents the unknown faith of the missing and fallen.

As a Navy Seabee, one of the first 10,000 sent to the Pacific, he served with the Marines and with fellow Seabees built runways on Guadalcanal and the Marianas allowing the U.S. Army Air Corps and Marine fighters the ability to jump from island to island.