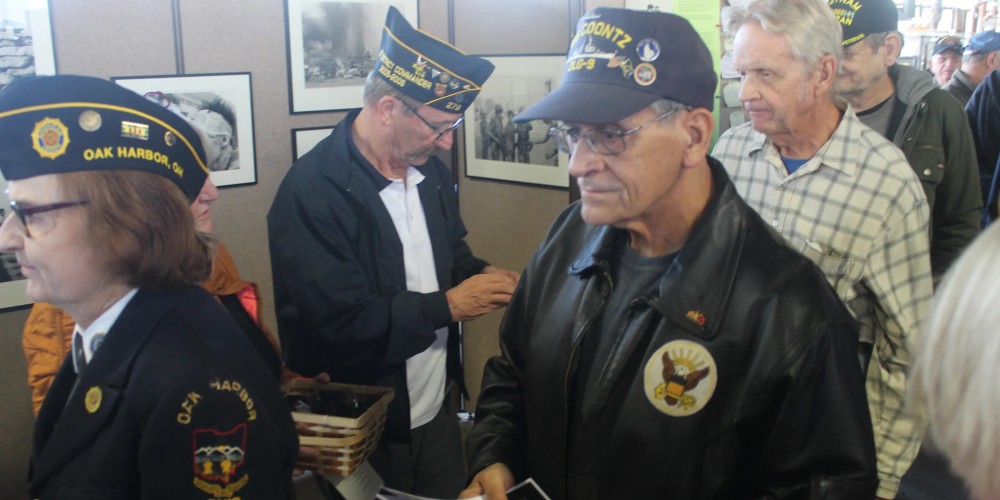 Veterans and community members are invited to attend the event at First Presbyterian Church in Gate City. The event is hosted by the Carter’s Fort National Society Daughters of the American Revolution and the local chapter of American Gold Star Mothers along with the local American Legion, the Virginia Department of Veteran Services and the church.

“This year is the first time we’re actually holding an event on the designated Vietnam War Veterans Day,” said Suzanne Kerney-Quillen, the regent of the Carter’s Fort Chapter of the NSDAR. “We hope to make this an annual event.”

The Scott County Board of Supervisors recently approved March 29 as Vietnam War Veterans Day this year and beyond through a proclamation brought forth by Kerney-Quillen. The main focus of the United States of America Vietnam War Commemoration’s 50th anniversary event is to thank and honor Vietnam veterans and their families for their service and sacrifice. The commemoration was launched in 2012 and has been recognized by multiple presidents and governors throughout the U.S.

This year’s event in Scott County is set to recognize the men and women who served throughout the time of the Vietnam War with a specially designed commemorative pin from the U.S. Department of Defense.

“I say ‘Vietnam War-era’ because that is of significance,” Kerney-Quillen said. “Any Vietnam War-era veteran that served from Nov. 1, 1955 to May 15, 1975 in any branch of service is eligible for the presentation of this pin. It’s not just veterans who were in active theater in Vietnam.”

Quillen suggested the proclamation to the BOS after seeing the county had not yet enacted one in honor of Vietnam War Veterans Day. But she also aimed to carry on recognition of honoring American patriots.

“Both of my grandfathers served in WWII, so I grew up in a family that was very appreciative of remembering and recognizing the importance of sacrifice,” Kerney-Quillen said. “I also grew up in a family that has a very significant love of country. Both of my great-great-grandparents were naturalized American citizens. They were very proud of their new home country. That’s something that has been instilled in me: patriotism and love of country.”

Honoring Vietnam veterans also focuses on showing appreciation that might not have been offered when soldiers returned home at the time of the war.

“As a whole, the country did not recognize and honor the Vietnam War-era veterans as much as they have from other generations,” Kerney-Quillen said. “I think going forward, the country and the citizens have been much more appreciative in recognizing that particular era of veteran service. I think it’s really important for us to move forward and make sure that all Vietnam War-era veterans know how much their service is appreciated.”

The event will begin at 6 p.m. on Tuesday at the church, located at 274 Jones St.