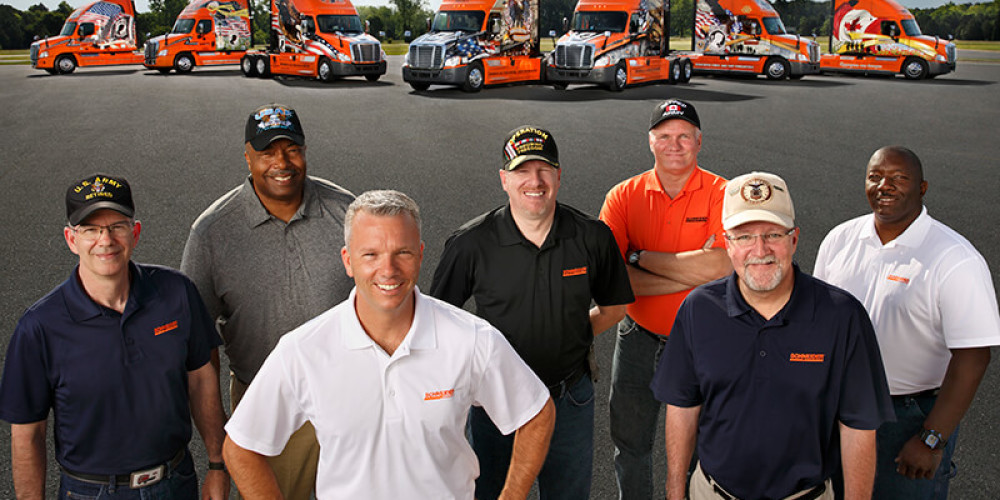 The nation’s truck drivers work day and night to keep goods moving. They deliver food, the clothes we wear and just about everything we see stocked on store shelves.

Among those drivers are U.S. veterans who tirelessly work to serve our country — just in a different way.

According to the U.S. Census Bureau, 1 in 10 truck drivers is a veteran. That means there are about 350,000 U.S. armed services veterans behind the wheel of a tractor-trailer on the road.

According to an industry expert, their military skill sets bring added benefits to being a truck driver.

But before his life on the road, Joe Feigl was a Chinook helicopter mechanic based at Fort Campbell, Kentucky.

“We keep America rollin’,” he said.

Feigl has been behind the wheel of a big rig for 24 years.

“There’s a lot of self-discipline in driving a truck,” he said. “And I learned a lot of that in the Army. There’s long hours, and you have to always have your head on a pivot. You know, you have to pay attention all the time.”

The skills are so transferable that a lot of veterans move on to the trucking life. And with 80,000 vacant truck driver positions, there are plenty of seats to fill.

According to Gould, about 20% of its student base is veterans, and he would like to see more.

“They understand, you know, being on time to school, they understand like this is a serious responsibility. There’s safety involved, you’re driving an 80,000-pound vehicle down the highway with other people around you,” Gould said. “So they take it super seriously, and many of them are some of our best students.”

Studies have shown that veteran truck drivers had 42% fewer accidents than non-veteran drivers in recent years. And for these drivers, it’s not just a job. It’s a lifestyle.

“It’s an experience like no other,” Feigl said. “It’s like being a bomber pilot. You never know what the next day’s mission is going to take you.”