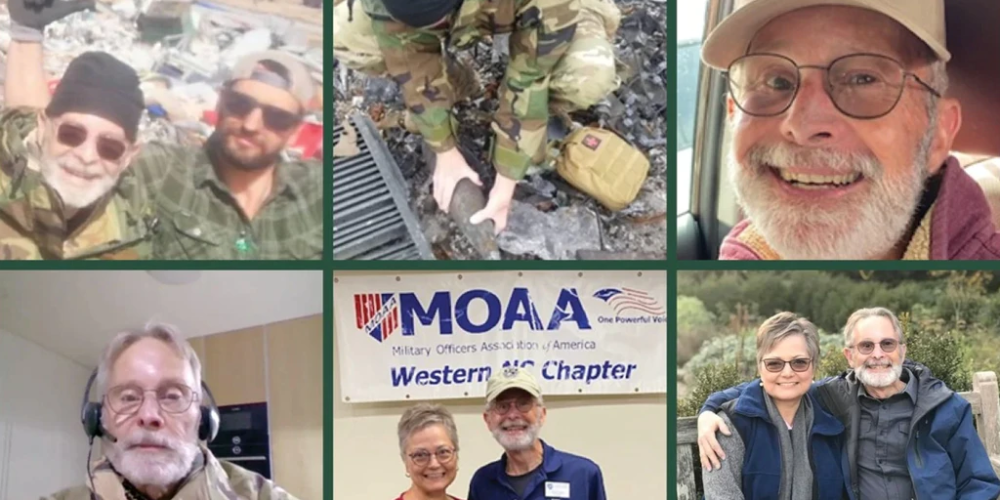 Retired Army Lt. Col. John Culp walks the streets of Kyiv wearing body armor and looking for unexpoded ordnance left behind from Russian assaults on the city. He picks up and moves shells and removes fuses, working alongside bomb technicians from the explosive ordnance disposal, or EOD, a team of the National Police of Ukraine.

When Culp arrived in Ukraine in early April, he initially expected to assist from behind the scenes, but he was prepared to put his EOD background to use. After all, that background is what brought him more than 5,000 miles away from home to a war zone. The retired special forces officer and EOD tech is volunteering with the organisation Bomb Techs Without Borders, or BTWOB, a 501(c)(3) founded in 2018 “to prevent casualties caused by landmines, IEDs, and other explosive remnants of war.”

“Can you imagine being shelled day and night and probably 20% of the ordnance not exploding?” Culp said. “That’s exactly the situation they have here [in Ukraine].”

Culp, a member of MOAA’s Western North Carolina Chapter, connected with BTWOB after realising he wanted to do something to help.

“That was really where I thought I could add something to the mix here,” Culp said. “Because, although my technical expertise in terms of modern EOD tools and things are not as current … I have something that not everybody else has, which is a lot of experience working for foreign EOD teams on their turf, trying to get them to work together, and trying to move their level of expertise up.”

Support on the homefront

Back home in North Carolina, Culp has the support of his family and friends, including his wife, Donna, a former Air Force captain who serves as president of the Western North Carolina Chapter of MOAA.

Donna is raising funds to support BTWOB. The chapter recently held a fundraiser for the Moldova World Children’s Fund, which was formed by a member of the chapter 20 years ago and has diverted all its efforts to support Ukrainian refugees.

Disclaimer: This article was originally published on https://www.militarytimes.com/