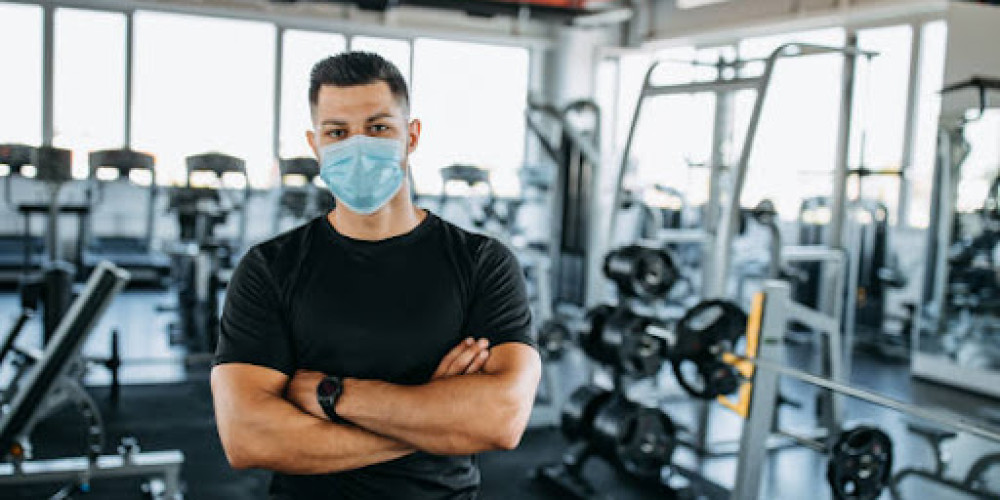 Following a workout session at his local gym, Korean War veteran Eugene "Ed" Norton suffered several bruising injuries to his face and head when the COVID mask he was required to wear came upon his face and obscured his vision, resulting in a fall.

It happened on Feb. 3, almost two weeks ago. He's still getting over bruises on his face and head.

He was a Marine during the Korean War and rose to the rank of sergeant. Between 1955 and 1963, he proudly served the nation.

He told Fox News Digital he just got off an exercise bike (yes, masks are required even during workouts). During his walk to another workout machine, he tripped and fell.

Norton said his mask rose over his nose during exercise in a phone interview, blurring his vision.

"I tripped over a scale and hit my head on a nearby exercise machine because I couldn't see my feet."

Norton said he was stunned when the accident happened.

As Norton was exercising, a nurse and a physician nearby rushed to his aid. A nurse stopped the bleeding immediately.

Norton said he was provided a dressing and an ice pack by a nurse who got them from the gym's managers.

Norton was informed by the doctor treating him that his injuries were severe enough to warrant the use of a CAT scan, which he chose not to undergo.

Earlier this week, the Board of Health of Norton's town, roughly 12 miles north of Boston, voted to rescind the town's mask mandate.
The injury to Ed Norton happened when the mandates were still in place.

Ed Norton still experiences facial bruising and tenderness to this day.
Norton's workout buddy in town is still angry about Norton's fall because of the mask.

He told Fox News Digital, "This is awful." As he stated, "It isn't how our veterans should live their golden years - hidden for no good reason. Ed is an American hero and should be treated accordingly wherever he goes."
As Norton's town did, many other municipalities and areas have relaxed their mask laws.

After his military service, Norton worked for an insurance company as a vice president. He has a master's degree in nursing.

Masking is an issue that he feels strongly about.