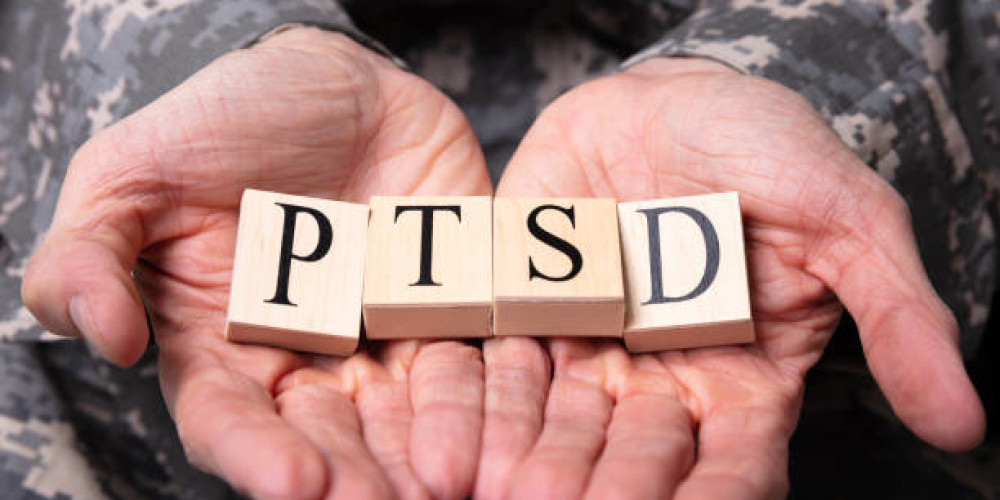 A decade ago, Jen Burch deployed to Afghanistan for seven months.
Since then, it has haunted her.

Burch was a combat engineer unit in the Air Force who was 23 when her tour ended. Her goal was to become a doctor with help from the GI Bill. During her downtime, she volunteered at a trauma hospital in Kandahar.

"I've seen both the worst and the best of war," Burch said.

Burch was awarded the prestigious Commendation Medal for her gallantry or meritorious service. In addition to post-traumatic stress disorder (PTSD), she suffered from frequent migraine headaches, bronchitis and other breathing problems. She says it has taken a long time for her and other veterans to get help.

Some Americans may have perceived the end of the forever wars as the end of two decades worth of war spending, but the Department of Veterans Affairs (VA) has just begun and will continue for decades to come. However, some argue that the antagonistic relationship between VA and veterans is likely to continue as advocates fight bureaucracy to obtain benefits, even as VA officials say they're ready to move forward.

VA has its side of the story.
Concerns like PTSD and toxic exposure are nothing new. However, VA and its allies in Congress need to redouble their efforts, supporters said. Veterans are looking back at previous conflicts, such as Vietnam, Desert Storm, and even World War II, which are unsuccessful.

The VA only recognized the dangers of Agent Orange after years of exposure. The Viet Cong jungle cover was eliminated with this chemical defoliant during the Vietnam War. Among U.S. troops, exposure caused cancer and other health problems.

Veterans with Gulf War illness claims must complete the Disability Benefits Questionnaire for every symptom they experience, Figlioli told a subcommittee of the House Committee on Veterans Affairs in July. He said that Gulf War illness is only considered a last resort for their condition.

The system of completing separate questionnaires for each symptom associated with Gulf War illness (GWI) increases the risk of incorrectly assigning a diagnosis to the condition, which ultimately results in the veteran's claim being denied, Figlioli told the subcommittee.

It may also stem from a tense relationship between VA employees and veterans. Some veterans believe they are deliberately disadvantaged.
Physicist Dr. Shaulkin said "bad policy" is why so many veterans with toxic exposures have their disability claims denied.

Congress won't solve our problems, Dr. Shaulkin said.
However, with the withdrawal from Afghanistan and new leadership at VA that may be more receptive to their concerns than previous administrations, veterans, their advocates, groups that lobby for them, and other allies state toxic exposure is one of the significant issues that should be addressed immediately.

In an email, Sen. John Tester, D-Montana, said that providing health care and benefits to veterans with toxic exposure is a war cost that must be paid. Veterans simply cannot depend on piecemeal legislation any longer, and this legislative package represents our best chance to ensure past, present, and future generations receive the benefits they deserve.

Is PTSD a Crisis?
Advocates are also concerned about the high suicide rate among veterans. In the post-9/11 era, veterans killed themselves at 2.5 times greater rates than civilians, even though before joining the military, service members are screened for mental health problems.

According to the VA’s latest report, almost 17 veterans took their lives every day in 2019. More than half had never contacted the VA.

One seemingly simple solution could address some of these needs: automatic enrollment into the VA upon leaving the military so that troops can get health care immediately if needed. The VA offers several services, including home loans, the G.I. GI Bill, insurance and women's programs.