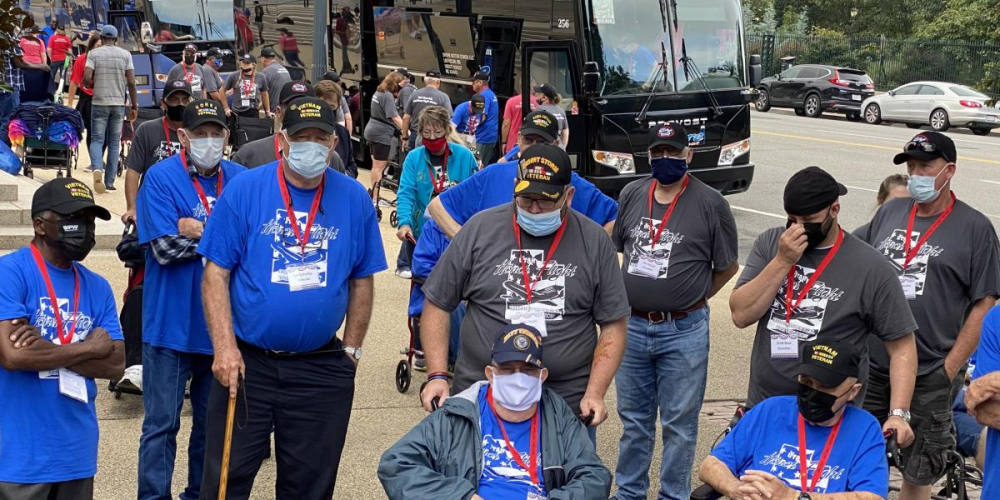 According to reports, Utah has the most significant percentage of veterans of any state in the US, except for Oregon.

It is due to this that the Utah Honor Flight program thrives. The other is the strong sense of patriotism that may be found here.

So for a group of 68 U.S. veterans from Utah and Idaho who spent two days at our nation's capital this week, it was a once-in-a-lifetime experience that had been a long time coming for many of them.

The emotions these warriors, and honestly, all of us, felt on this Honor Flight are challenging to put into words. It was magnificent, from the send-off to the hero's welcome home.

The Utah Honor Flight program allows veterans from Utah and neighboring states to experience the gratitude of a grateful nation, which is especially important for those who did not receive gratitude when they returned home.

Additionally to Fort McHenry in Baltimore Harbor, the Utah veterans toured the US Marine Iwo Jima Memorial, Arlington National Cemetery, the Tomb of the Unknown Soldier, the Air Force Memorial, and the memorials for World War II, Vietnam War, Korean War, and Navy service. At each location, the veterans had an emotional and robust experience.

Rep. Stewart, an Air Force fighter pilot, had just returned from a Navy intelligence briefing on Capitol Hill when he arrived at the Navy Memorial. "Greeting and thanking these warriors is undoubtedly the most meaningful thing I'll do all week," he said.

The veterans paid a visit to Fort McHenry in Baltimore Harbor before departing from Baltimore/Washington International Airport, where they had arrived only a day before.

During the War of 1812, British naval shelling targeted Fort McHenry. While the fort was being attacked, Francis Scott Key composed the lyrics to "The Star-Spangled Banner," which would later become the national anthem.