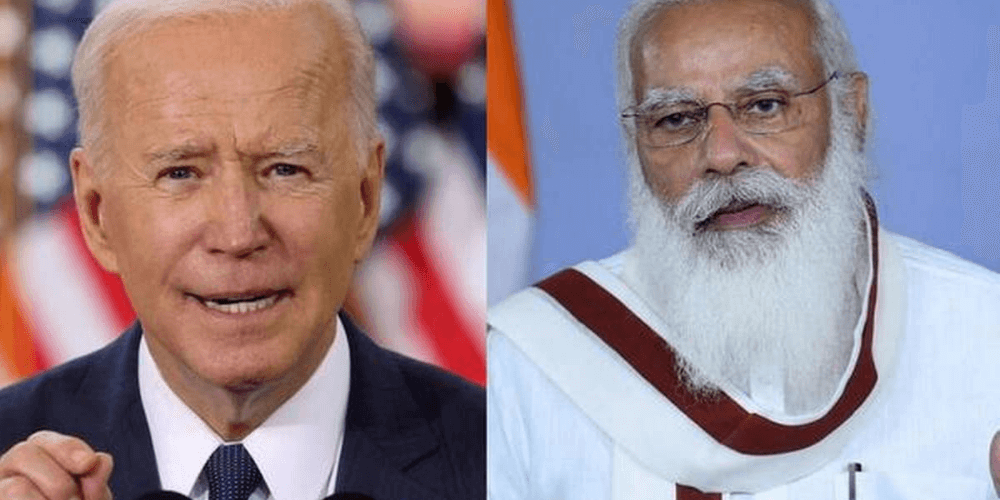 NEW DELHI — The top diplomats of India and the United States pledged Wednesday to expand their multilateral security partnership, underscoring the deepening of ties between two countries concerned over China’s growing influence in the region.

U.S. Secretary of State Antony Blinken and Indian Foreign Minister Subrahmanyam Jaishankar met in New Delhi and sought to strengthen a regional front against Beijing’s assertiveness in the Indo-Pacific and their cooperation in Afghanistan.

They also lauded each country's help in fighting the coronavirus and said their vaccine partnership is an effort to end the pandemic. Blinken also announced a $25 million fund to support India’s COVID-19 vaccination program.

“There are few relationships in the world that are more vital than one between the U.S. and India. We are the world’s two leading democracies and our diversity fuels our national strength,” Blinken said at a joint news conference.

Washington has made no secret of the U.S. desire for India’s help in isolating China. The two countries have steadily ramped up their military relationship and signed a string of defense deals.

The U.S. and India are part of the Quad regional alliance that also includes Japan and Australia and focuses on China’s growing economic and military strength. China has called the Quad an attempt to contain its ambitions.

Blinken’s India visit comes just days after the No. 2 U.S. diplomat, Wendy Sherman, was in China.

Blinken said he and Jaishankar also discussed regional security issues including Afghanistan, where the U.S. is expected to complete its military withdrawal in August. He called India’s contribution to the stability of Afghanistan “vital."

Blinken said there was no "military solution" to the conflict in Afghanistan and that the country would turn into a “pariah state” if the Taliban takes control by force.

“We will continue to work together to sustain the gains of the Afghan people and support regional stability after the withdrawal of coalition forces from the country,” Blinken said.

Jaishankar said the world wishes to see an “independent, sovereign, democratic and stable Afghanistan at peace with itself and with its neighbors,” and cautioned that the country’s “independence and sovereignty will only be ensured if it is free from malign influences.”

New Delhi has often expressed concern that a Taliban takeover could lead to security threats against India.

India has provided Afghan security forces with operational training and military equipment, even though it has had no troops on the ground. It has also provided more than $2 billion in development aid to Afghanistan.

In June, India's foreign ministry said it was in contact with “various stakeholders” in Afghanistan to discuss its future. More recently, officials from the two countries have increased mutual visits.

“New Delhi is clearly stepping up its game on the Afghanistan front," said Micheal Kugelman of the Asia Program at the Washington-based Wilson Center. "Its decision to engage more in regional diplomacy on Afghanistan signifies a desire to be more of a player than it has in the past.”

Earlier during his visit, Blinken spoke to civil society leaders and said fundamental freedoms and rule of law are “tenets of democracies” like the U.S. and India.

Opponents of Modi’s governing Hindu nationalist party have accused it of stifling dissent and introducing divisive policies that discriminate against Muslims and other minorities. Modi has also been accused of trying to silence voices critical of his administration’s handling of the pandemic.

India routinely denies criticism of its human rights record. It has also rejected criticism by foreign governments and rights groups that civil liberties have contracted in the country.

“We believe that all people deserve to have a voice in their government, to be treated with respect, no matter who they are,” Blinken said.

“For all the rhetoric trumpeting the shared values that drive partnership, it really boils down to shared interests,” Kugelman said. “At the end of the day, so long as China’s rise continues to be a common concern, the relationship will have no trouble operating on all cylinders.”