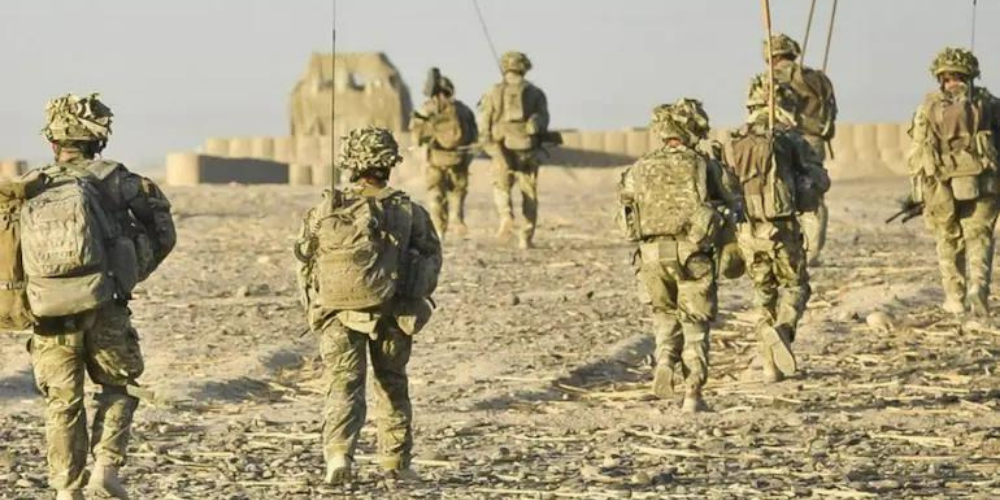 It's 2:30 a.m. on Thursday in Fort Myers, Florida, and former Army Capt. Jeff Trammell is awake and sending text messages to his former interpreter, Najeeb Rahimi, who is stranded outside the gates of the Kabul airport with his family.

"Just get low, cover your daughters and stay in the line," he instructs.

Rahimi worked for the U.S. Army from 2009 to 2011, interpreting for and building relationships between U.S. forces and local communities in Afghanistan. He has the documents to prove his work, reference letters from Trammell and others he served within the U.S. military and a pending Special Interest Visa application.

Even with all that in hand, Rahimi, his wife and their three young daughters haven't been able to enter a single gate at the Kabul airport since they arrived this week, hoping to fly to America as the Taliban closed in.

Although the Biden administration has said it is working to quickly process visa applications for people like Rahimi and fast-track them to safety, he and his family are stuck outside the gate with masses of people scrambling to get in.

When Afghan guards started firing warning shots into the air early Thursday, a stampede started, and one of his daughters was nearly trampled. That's when he again turned to Trammell, desperate for direction and consolation.

"I know this is hard. I wish I could switch places with you," Trammell told him. "Remember when that truck got blown up in Baylough? When they hit us with the IED?"

"I still remember that," Rahimi said. "Yes sir, you said at the time, 'S*** what was that sound?' when the explosion happened."

"That's right, 'cause it was the first IED I had seen," Trammell said. "I was so scared but you were brave. You gave me strength."

He continued: "I was very scared when that happened and I wanted to run. But I couldn't. I had to stay and fight. I had to fight for the soldiers and you guys. That's what you have to do now."

"You were the bravest interpreter I ever had in all my time in Afghanistan. You can do this," Trammell said.

Trammell has been messaging with Rahimi throughout the week, giving him tips about an airport gate he might be able to get through and then feeling "bone-crushing" defeat when Rahimi and his family were turned away once again.

"I took this guy into combat with me," Trammell said. "I feel personally responsible, and I can't give up."

Rahimi's family survived the stampede, but warning shots were still firing rapidly through the air when he spoke to NBC News eight hours later Thursday. The U.S. government has told people like him to leave the airport and shelter in place at home, but Rahimi said he has no home to go back to.

"I had already left my house because of the security situation. ... If the [U.S.] government does not help me, then I will be beheaded by the Taliban, and they will take my daughters," Rahimi said.

He said he feels betrayed by the U.S. after he put his life on the line to travel with soldiers to provinces around Afghanistan.

"I wasn't just an interpreter. I was working with them as a brother, building bridges. They should help me, my kids, my wife from this situation," Rahimi said.

The Taliban's swift takeover of Afghanistan and the rapid increase in demand from thousands of Afghans desperate to leave the country have left the U.S. government scrambling to vet and approve who should be getting on flights to the U.S.

Personnel from the State Department and the Department of Homeland Security are in charge of vetting Afghans before they're allowed to board U.S.-bound flights.

A spokesperson for Customs and Border Protection said personnel from the agency, along with U.S. Citizenship and Immigration Services, both part of DHS, are "expeditiously supporting the screening, vetting and processing of Special Immigrant Visa applications and other eligible Afghans who are seeking refuge."

But the Border Protection personnel vetting the applications aren't at the Kabul airport — they're in Doha, Qatar, a senior DHS official said.

A State Department spokesperson said Afghan Special Visa Applicant applicants, like Rahimi, are being prioritized, along with many other groups, including U.S. citizens and green card holders.

"We are working with our interagency partners to complete security screening of travelers. Individuals will also be subject to further screening before potential resettlement in the United States," the spokesperson said.

Americans vetting Afghans are able to comb through biometric information, even matching fingerprints against databases that store those found on improvised explosive devices found in the field. But records of who served the U.S. are poor, former senior officials said.

"The burden of documentation has shifted to the applicant. You would think we would have better records related to who was actually serving us," said John Sandweg, a former general counsel for DHS who is now a partner at the law firm Nixon Peabody.

"It's incredibly tragic. There are thousands of people who served the U.S. government now stranded. It's a disaster for those individuals, and it goes back years in the making," he said.

Even for people like Rahimi, who have documentation that they served the U.S. government, there is no guarantee they will be able to board flights, despite U.S. assurances that they would be prioritized. His application for a Special Immigrant Visa has been pending for seven months with no word about when it might be approved. It should have helped him move up.

A former senior U.S. government official said part of the problem is the rapid increase in visa applications over the past several months, with the State Department unable to keep up with the demand. And the vetting process is thorough by necessity, the official said.

"There are still pockets of individuals who are sympathetic to Al Qaeda or ISIS or maybe trying to retaliate against the U.S. for loss of life," the former senior official said. "Once you put someone on a plane to come to the U.S., you take ownership of them. It's not like turning them around at the border."

Defense Department press secretary John Kirby told reporters Monday that the U.S. has plans to evacuate Special Interest Visa applicants like Rahimi. But Trammell said that for now, as a former Army captain, he is incredibly frustrated that the Biden administration didn't have a contingency plan to help Afghans like him.

"I just feel horrible. I'm all the way across the world. I'm doing everything I can to keep his morale up, but eventually it's going to break," he said.