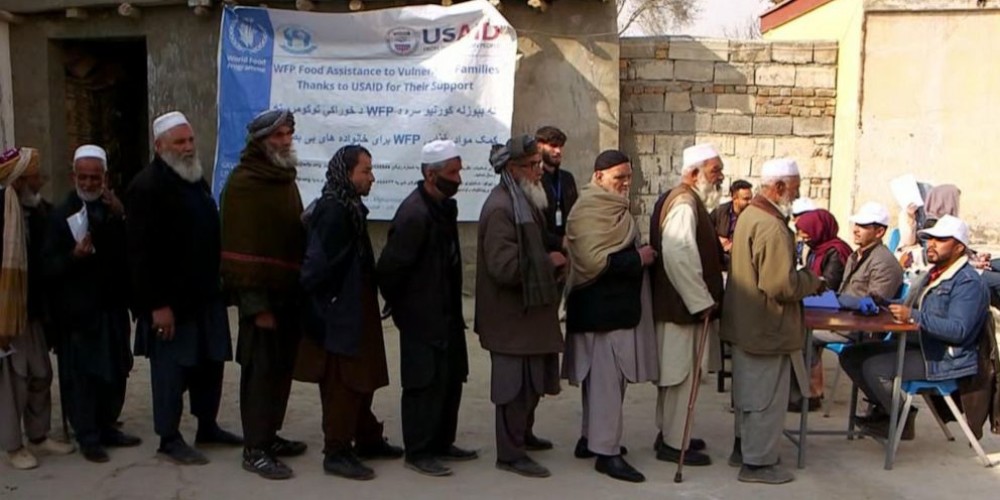 The White House announced new humanitarian aid to Afghanistan totaling $308 million to help as the country edges closer to a crisis since the Taliban took over nearly five months ago.

In a statement, White House press secretary Emily Horne said the money will come from the U.S. Department of State and will go through independent humanitarian organizations to provide shelter, health care, winterization assistance, food and water assistance, and sanitation and hygiene services.

Afghanistan's long-struggling economy has been in a tailspin since the Taliban took control. In Afghanistan's previous government, the international community provided more than 80% of the budget. It financed hospitals, schools, factories and government ministries.

These basic needs are further exacerbated by the COVID-19 pandemic, as well as health care shortages, droughts and malnutrition.

The U.S. Agency for International Development appealed to the Taliban to allow aid workers independence and security as humanitarian groups try to help people in need.

In a statement, the United States urged the Taliban to allow humanitarian access without obstruction, to provide safe conditions for humanitarian workers, to provide independent assistance to vulnerable populations, and to allow aid workers of all genders freedom of movement.

Since the war ended in August, the United States has provided more than $780 million in humanitarian assistance. 22% of Afghanistan's 38 million people are at risk of famine, and another 36% are facing food insecurity.
Afghanistan will also receive 1 million extra doses of the COVID-19 vaccine through COVAX, an initiative of the World Health Organization to make vaccines more accessible. In the new batch of doses, the United States will have sent 4.3 million doses to Afghanistan, where the pandemic has been relentless.

In mid-August, the Taliban took control of Afghanistan, seizing international funds and assets.

Considering that the United States and international community did not recognize the Taliban government, which governed in strict accordance with Islamic law when it was in power between 1996 and 2001, Western powers have struggled to provide them with sufficient assistance without granting them legitimacy or putting money directly into their pockets.

There's a humanitarian crisis looming due to a lack of funding. The state hasn't paid its employees for months, from doctors to teachers and civil servants. Banks have also limited how much money account holders can withdraw.

The Taliban has asked the international community to release funds to prevent a humanitarian catastrophe.