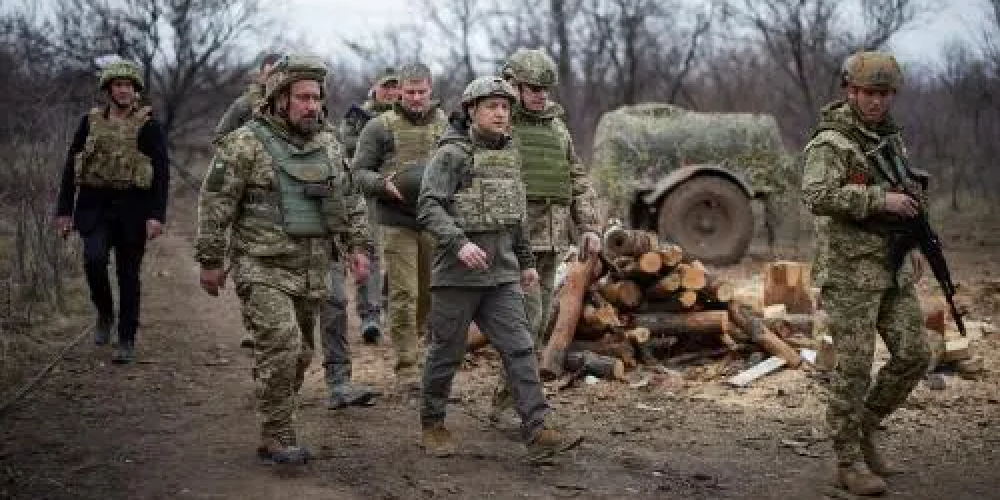 Former US intelligence officers are advising their successors currently in office to shut up and stop boasting about their role in Ukraine’s military successes.

Two stories surfaced in as many days in the American press this week, citing unnamed officials as saying that US intelligence was instrumental in the targeting of Russian generals on the battlefield and in the sinking of the Moskva flagship cruiser on the Black Sea.

The initial report in the New York Times on Wednesday about the generals was partially denied by the White House, which said that while the US shares intelligence with Ukrainian forces, it was not specifically shared with the intent to kill Russian general officers.

The next day, NBC, the New York Times and the Washington Post all quoted officials as saying that US intelligence had helped Ukraine hit the Moskva with anti-ship missiles last month, making it the biggest Russian ship to be sunk since the second world war.

As a general rule, espionage is carried out in secret, though western intelligence agencies have turned that rule on its head over the past few months by going public with what they knew about Russian preparations for invasion and then with daily reports on the battlefield and from behind Russian lines.

However, the new disclosures are different as they concern what the US espionage agencies themselves have been doing, rather than commenting on the state of the war.

In both cases, the US was claiming a hand in historic humiliations for Moscow and for Vladimir Putin, triggering warnings of unintended consequences.

Paul Pillar, a former senior CIA official, said: “My personal view is it’s unwise. I am surprised at the extent of official confirmation of the role of US intelligence in the sinking of the Moskva, and even more so the killing of the generals.

“The big concern is that this sort of public confirmation of this extensive US role in the setbacks dealt to the Russians may provoke Putin into escalation in a way that he might not otherwise feel it necessary to escalate.”

John Sipher, who served for 28 years in the CIA’s clandestine service, some of that time in Moscow, thought the decision to disclose details of intelligence sharing was misguided, but for different reasons.

However, he did not think that it significantly raised the risk of escalation between Russia and Nato.

“Putin understands how the game is played. He gets intelligence to try to kill Americans if the situation is reversed, as he did in Afghanistan and other places. The Russians have spent years attacking us with cyber warfare and disinformation,” Sipher said.

“So I don’t think them being upset that America is sharing intelligence is a game-changer.”

European officials made clear their own intelligence agencies would not be following the US lead.

“It’s stupid,” one official said. “I don’t think it is a carefully coordinated leak.”

An official from another European country cast doubt on the centrality of US intelligence to the Ukrainian targeting of Russian generals, saying the main factor was the predictability of Russian officers as they followed rigid Soviet-era doctrine.

The breakdown in their secure communications equipment and the top-down hierarchy of the Russian army meant the top officers had to travel to the frontlines to be sure their orders were carried out and Ukrainian snipers were waiting for them.

In the case of the Moskva, US officials were at pains to emphasize that Ukraine made its own targeting decisions and drew information from multiple sources.

“We are not the only sole source of intelligence and information to the Ukrainians. They also get intelligence from other nations and have a pretty robust intelligence collection capability,” John Kirby, the Pentagon spokesman, said.

“They’ve been fighting this war against Russia for eight years. It’s not like they are completely blind to how Russia organizes itself and how Russia conducts itself on the battlefield.”