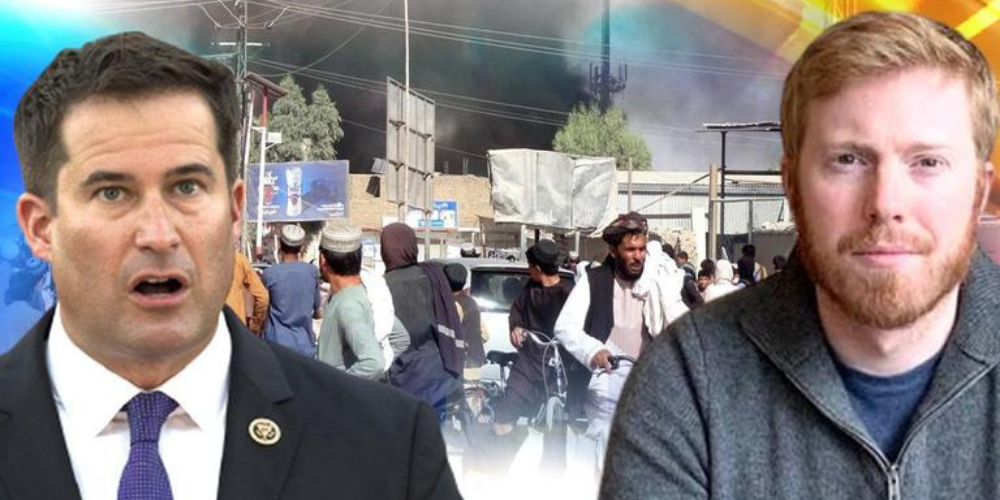 Two members of Congress, Democratic Rep. Seth Moulton of Massachusetts and Republican Rep. Peter Meijer of Michigan made a secret, unauthorized whirlwind trip to the Kabul airport in Afghanistan on Tuesday to see the chaotic situation.

“We conducted this visit in secret, speaking about it only after our departure, to minimize the risk and disruption to the people on the ground, and because we were there to gather information, not to grandstand,” Moulton and Meijer said in a joint statement. “After talking with commanders on the ground and seeing the situation here, it is obvious that because we started the evacuation so late, that no matter what we do, we won’t get everyone out on time, even by September 11.”

The two congressmen were reportedly there for less than 24 hours, first traveling to Kabul on their own time on a commercial plane to the United Arab Emirates and then on an empty military flight, and then out of Kabul on a plane that had at least three empty seats to ensure there was extra capacity.

Both members are veterans and have been critical of President Joe Biden’s handling of the withdrawal of troops from Afghanistan. Moulton, who had a short-lived presidential bid in 2019, is a decorated combat veteran who served four tours in Iraq. Meijer was an Army Reserve intelligence specialist who was deployed to Iraq.

The House was in session on Tuesday, taking votes on a massive budget resolution and a voting rights bill. But Moulton and Meijer utilized a pandemic-era House rule to have colleagues cast their votes by proxy.

House Speaker Nancy Pelosi discouraged members from traveling to Afghanistan in a letter to colleagues on Tuesday, without naming either lawmaker.

“Member travel to Afghanistan and the surrounding countries would unnecessarily divert needed resources from the priority mission of safely and expeditiously evacuating America and Afghans at risk from Afghanistan,” she said.

Unnamed sources, the Washington Post reported, were not happy about the trip.

“It’s as moronic as it is selfish,” a senior administration official said. “They’re taking seats away from Americans and at-risk Afghans — while putting our diplomats and service members at greater risk — so they can have a moment in front of the cameras.”

An unnamed diplomat said: “It’s one of the most irresponsible things I’ve heard a lawmaker do.”

The full statement from Moulton and Meijer is below:

“As veterans, we care deeply about the situation on the ground at Hamid Karzai International Airport. America has a moral obligation to our citizens and loyal allies, and we must make sure that obligation is being kept. Like many veterans, we have spent the last few weeks working without sleep to try to get as many people as we could through the gates and to safety.

As Members of Congress, we have a duty to provide oversight on the executive branch. There is no place in the world right now where oversight matters more. We conducted this visit in secret, speaking about it only after our departure, to minimize the risk and disruption to the people on the ground. We were there to gather information, not to grandstand. We left on a plane with empty seats, seated in crew-only seats to ensure that nobody who needed a seat would lose one because of our presence.

Washington should be ashamed of the position we put our service members in, but they represent the best in America. These men and women have been run ragged and are still running strong. Their empathy and dedication to duty are truly inspiring. The acts of heroism and selflessness we witnessed at HKIA make America proud.

We came into this visit wanting, like most veterans, to push the president to extend the August 31 deadline. After talking with commanders on the ground and seeing the situation here, it is obvious that because we started the evacuation so late, no matter what we do, we won’t get everyone out on time, even by September 11. Sadly and frustratingly, getting our people out depends on maintaining the current, bizarre relationship with the Taliban.

We will have more to share with our colleagues and the American people about what we learned in the coming days. Still, after meeting with Marines, soldiers, and dedicated State Department officials on the ground—we want the world to know first and foremost that we have never been prouder to be Americans.”