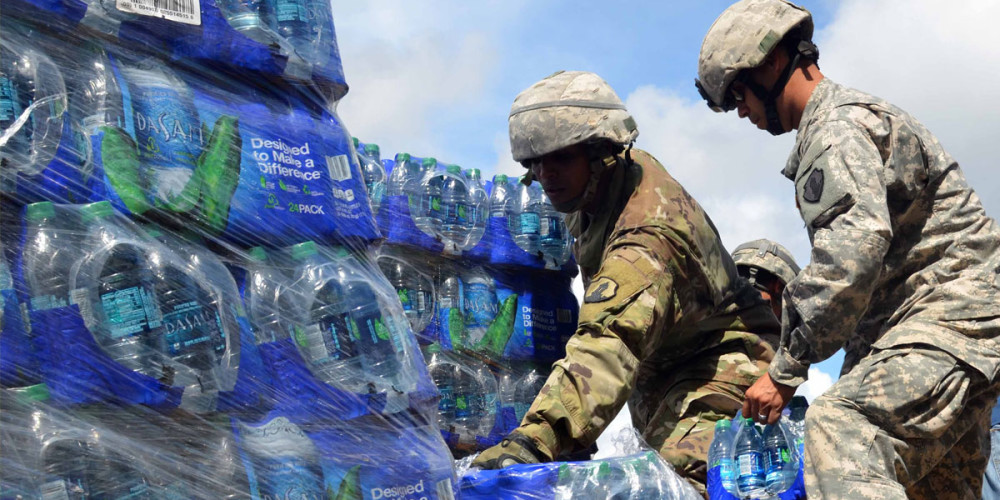 The Navy recently began water line flushing to test the effectiveness of flushing most of the water lines that serve the Pearl City Peninsula military housing area.

As soon as the Pearl City test is successful, the service will begin flushing the housing areas nearest to the well that contained jet fuel after families complained about Nov. 28 that their water smelled like fuel and was causing sickness.

In addition, more than 2,200 people live in houses without potable water, while more than 1,600 have been relocated to hotels.

Several of the services have provided guidance to personnel about temporary housing and other services in the area, such as laundry services, drinking water and showers.

To assist its service members, the Navy is paying for temporary lodging through Jan. 4 and is providing partial lodging allowance for sailors who elect to stay in their homes.

Starting Dec. 20, the Navy hosted virtual daily updates on its website and the Joint Base Pearl Harbor-Hickam Facebook page. There will be a way for families to be reimbursed for expenses related to the exposure, such as veterinary expenses, buying water or paying for laundry services.
Families are frustrated by what they perceive as a lack of information from officials on making sure that the water eventually will be safe to drink.

More than two dozen massive granules of activated charcoal began arriving on Oahu recently. More than 25 million gallons of water will be scrubbing with them, just like Brita water filters.

Water will be scrubbed to remove enough contaminants to meet Hawaii Department of Health and Environmental Protection Agency requirements.

As soon as the contamination was confirmed, the Navy requested that residents run the taps in their homes and open fire hydrants to flush out water until the state, concerned about groundwater contamination and storm drain system problems, ordered the service to cease.

There was such a strong smell from their taps that residents did not flush out of fear of inhaling more fumes.

Navy wife Lou Tuttle says they've been told to throw out virtually all of the kitchen and bath items they might have come in contact with the water, such as coffee makers and blenders, toothbrushes, pots and pans.

It was discovered on Nov. 20 that 14,000 gallons of fuel and water were accidentally spilled into a tunnel housing a fire suppression system drain.

When the mixture entered the tunnel, Navy officials believed that no fuel had escaped into the environment, and they removed the liquid and stored it above ground.

As a result of that spill, the Navy believes that the Red Hill well has been contaminated.
Hawaii state legislators were told on Dec. 10 that Navy officials had not discovered a leak at the fuel storage facility, which is above the aquifer that provides drinking water to 400,000 people in Hawaii.

Short-term exposure can cause skin irritation or swelling through direct contact with jet fuel. As a result of inhaling fumes, many people suffer from headaches, nausea, dizziness, confusion and vomiting.

Jet fuel exposure hasn't been studied for long-term health effects. Some animal studies suggest the products may cause cancer or neurological damage, says the Agency for Toxic Substances and Disease Registry. But the EPA and Department of Health and Human Services don't consider JP-5 a human carcinogen.

Defense officials created a registry for tracking the long-term health of military personnel and their families and people in the affected areas.