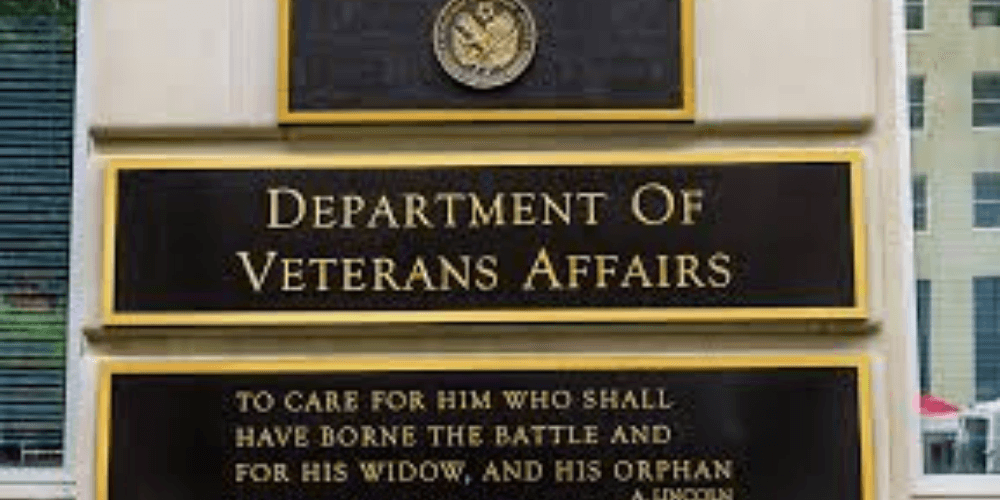 No, the Department of Veterans Affairs has not officially changed its mission statement, despite publishing a gender-neutral version in an official U.S. government published last week.

Buried in a July 23 Federal Register notice on regulations about reporting veterans' medical and benefits debt to credit agencies is a statement that the VA's mission is to "care for those who shall have borne the battle and for their families and survivors."

That is a variation of the department's official mission to support "President Abraham Lincoln's promise 'To care for him who shall have borne the battle, and for his widow, and his orphan.'"

The VA's website clarifies the mission statement, saying the department is dedicated to "serving and honoring the men and women who are America's Veterans."

But while momentum has grown since 2017 among advocates and some members of Congress to change the motto to that gender-neutral version to be more inclusive of female veterans and those who do not identify with a specific gender, no official change has been made, VA spokesman Randy Noller told Military.com last week.

"This entry was made in error, and we are going back to the originating office to ensure the mistake is not repeated going forward," Noller said.

When he assumed the duties of VA secretary, Denis McDonough said he planned to review the VA's policies and programs to ensure that they comply with a presidential executive order designed to combat discrimination over gender and sexual identity.

McDonough said the motto is one of many items being looked at by his team.

"Obviously, this is something that came up in the context of confirmation hearings and my conversations with the veterans service organizations,” he said in February. “I'm not in a position to announce anything on that.”

Rep. Kathleen Rice and Sen. Kirsten Gillibrand, both New York Democrats, introduced bills this year that would formally change the VA's mission statement to read, "To fulfill President Lincoln's promise to care for those 'who shall have borne the battle' and for their families, caregivers, and survivors."

A similar measure introduced by Rice last year passed the House but was never brought up in the Senate.

Efforts to change the motto were rebuffed strongly by the Trump administration, which argued that the move was a fabrication of political correctness. Still, versions of the gender-neutral motto occasionally surfaced in documentation, including programs for official ceremonies, such as one in 2019.

Then-VA Secretary Robert Wilkie told Military.com last fall that the "only time I hear anything about this motto is from activists in this town."

"If we don't have a place in our collective memory for Abraham Lincoln, we're in a hell of a fix," he said.

This article has been sourced from https://www.military.com/daily-news/2021/07/27/va-makes-error-using-gender-neutral-motto-official-government-notice.html