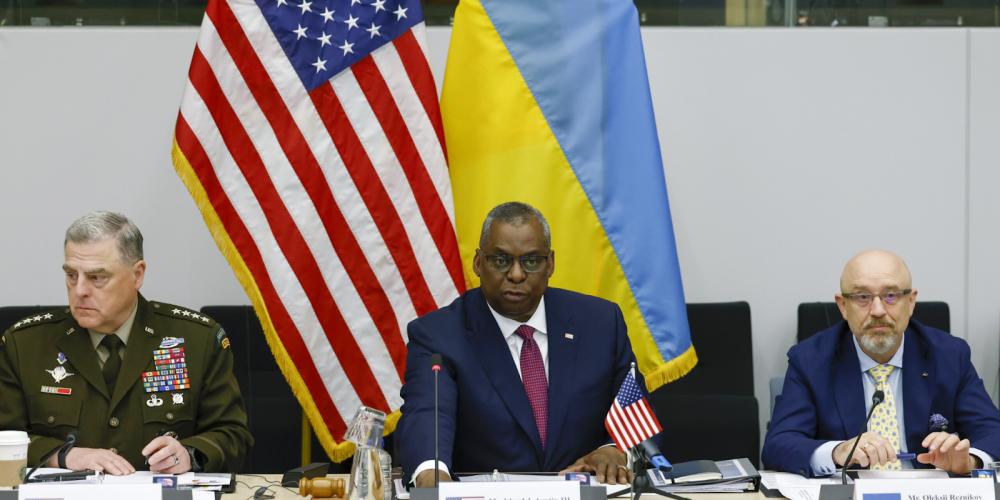 President Joe Biden announced on Wednesday that the United States would provide an additional $1 billion in military aid to Ukraine, the largest single shipment of weaponry and equipment since the conflict began, to block Russia's gradual but persistent advance into the eastern Donbas region.

Anti-ship missile launchers, howitzers, and extra rounds for the High Mobility Artillery Rocket Systems that US forces are now training Ukrainian troops on - all vital weaponry systems that Ukrainian officials have urgently sought - will be included in the help. In addition, the United States will send $225 million in humanitarian relief, which will provide families with clean water, medical supplies, food, health care, shelter, and money for necessities.

The assistance comes as US Defense Secretary Lloyd Austin held a summit of more than 45 nations in Brussels to discuss support for Ukraine. Austin urged the West to increase humanitarian aid to Ukraine and help the country's military fight Russia along a 1,000 km front line in a long-term conflict.

He asked the countries to show "unwavering determination to grant Ukraine the capabilities it urgently requires to defend itself." "We can't afford to slow down or lose steam," he cautioned. The stakes are excessively high."

Since the conflict began in late February, the US has provided Ukraine with approximately $5.6 billion in security aid, including this newest installment. Officials said nearly a third of the latest $1 billion would come through presidential drawdown authority, implying the Pentagon will deploy weapons and equipment to Ukraine from its inventories. The remaining two-thirds would be equipment and weaponry that the US would buy from industry and then deliver to Ukraine.

As part of the meeting, the defense ministers will discuss plans for bolstering military strength along NATO's eastern border and elsewhere in response to Russia's annexation of Ukraine.