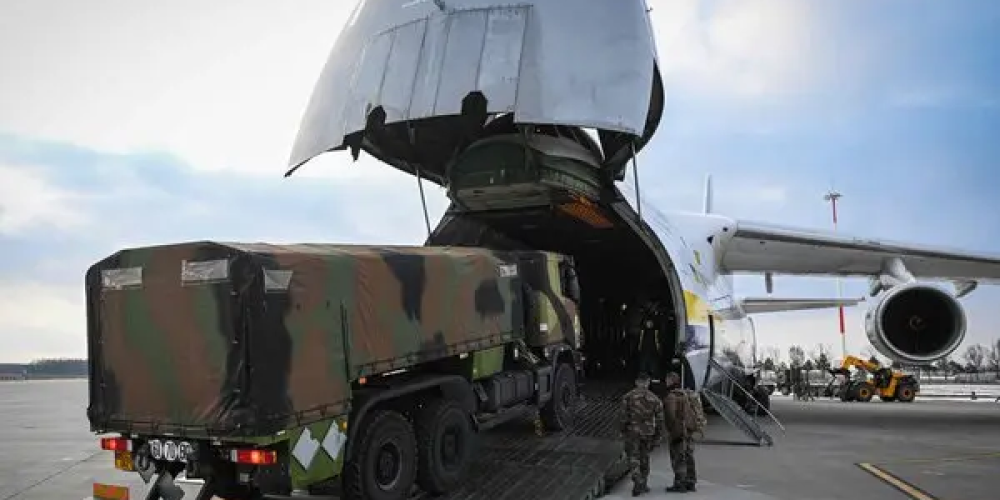 According to a leading Democratic member, the Biden administration should send armed drones and longer-range artillery to Ukraine; he told reporters on Wednesday.

Smith added, "I disagree with the president's position that we can't give the Ukrainians anything that can threaten Russia." "Ukraine shares a border with Russia." If you give them a mile-long mortar shell, they could theoretically strike Russia. The problem is that you will be at a disadvantage if the Russians can see better and shoot further.

The Biden administration declared earlier this month that it would deploy Ukraine medium-range rocket launchers known as High Mobility Artillery Rocket Systems for the first time.

However, it did so following weeks of deliberation about whether deploying the system to Ukraine would unnecessarily irritate Russia into intensifying the conflict.

Meanwhile, Reuters reported in early June that the Biden administration was considering selling Ukraine the MQ-1C Gray Eagle drone. However, Politico reported that the government is still debating logistics and training issues this week.

It can fly for up to 30 hours and be equipped with a powerful Hellfire missile, which Ukraine does not currently possess but that officials in the US are exploring.

After struggling to seize Kyiv swiftly early in the war, Russia is making steady but slow progress in Ukraine's eastern Donbas region.

Russian President Vladimir Putin, according to a top Pentagon official, still intends to take control of the majority, if not all, of Ukraine.