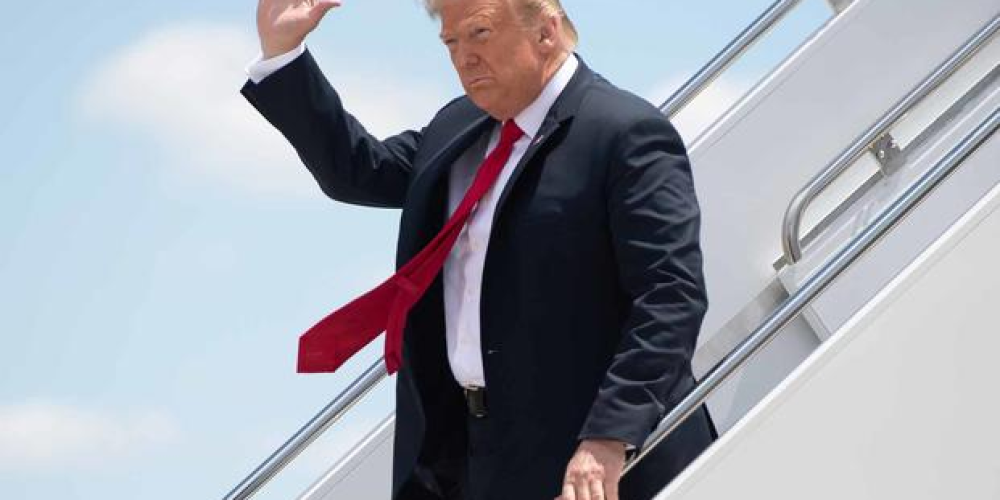 Air Force One's fixed-price contract with Boeing Co., which Donald Trump persuaded the company to sign, has resulted in a loss of over $1.5 billion, according to the company's CEO. The Air Force has also had problems with it.

According to Air Force Chief Weapons Buyer Andrew Hunter, a company's incentive under a fixed-price contract is to "finish and minimize costs." At the same time, the Pentagon wants to guarantee "you'll do everything you are supposed to do under the contract, and we're not going to pay you anymore," he said in an interview. "It creates a natural confrontation between the two parties."

The tensions stem from a $3.9 billion contract signed by then-President Trump under duress in 2018 that required Boeing to absorb additional costs to convert two 747-8 airliners into new presidential jets, the lavishly outfitted and highly secure planes known as Air Force One when a president is on board.

Trump was so enthusiastic about the presidential plane that he proposed a new red, white, and blue color scheme, which the Biden administration has since rejected.

Boeing warned it could suffer "further losses in future periods" because of "increased supplier costs, higher expenses to satisfy certain technical requirements, and scheduling delays" on the new presidential jets in a quarterly filing in April.

As the Air Force's assistant secretary for acquisition said, "I do not believe the contract structure caused the issues with the program," but "having a fixed-price contract like this poses concerns about how we handle these issues."

He stated that the Air Force will "had to negotiate with Boeing" on potential additional pay for significant delays on the VC-25B plane.

According to the service, the first new Air Force One will arrive at least two years after its original December 2023 deadline, and the second will come three years after the April 2024 deadline.

In a study issued this week, the Government Accountability Office stated that the aircraft "does not feature novel technologies." Instead, "maturity will be added from other platforms." In February 2020, Boeing began modifying the first plane, and in June 2020, the second.