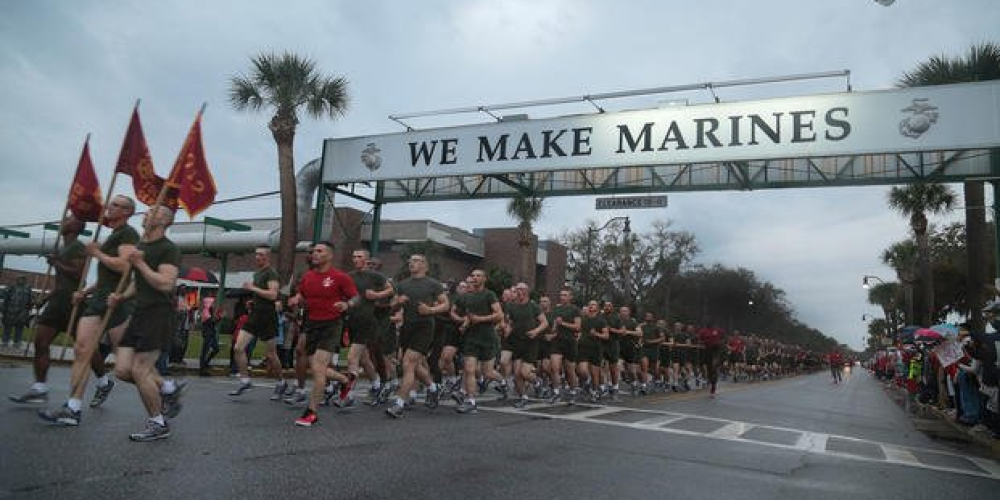 In response to the mounting consequences of climate change, the Marine Corps is considering relocating some of its bases, including the renowned Parris Island Training Depot.

When asked about transferring the Parris Island site, Meredith Berger, assistant secretary of the Navy for Environment, Installations, and Energy said on a call Monday, "I'm aware that there are conversations in the Marine Corps regarding the idea of moving locations right now."

"We're seeing some genuine implications there in terms of its geography, in terms of... repercussions that we've seen in storms, water impacts," Berger said, referring to Parris Island.

According to a series of recent publications, Parris Island is expected to endure more frequent and severe hurricanes, floods, and high heat.

The rising temperatures are already seriously threatening the island's trainees. According to research released by the Armed Forces Health Surveillance Branch last year, Parris Island documented 576 incidents of heat-related disorders between 2016 and 2020.

Berger's remarks, issued as part of the Navy's "Climate Action 2030" plan, come at a time when the Pentagon is concerned about the implications of climate change on the military.

Parris Island has been training Marine recruits for over 100 years, established in 1915. As a result, the base, whose distinctive motto is "We Make Marines," has a unique place in the Corps' already storied history.

When Gen. Carl Mundy was commandant of the Corps in the 1990s, he said in a leadership guide, "What happens on the parade decks of Parris Island... is what produces Marines."

The Pentagon and military leaders have discussed the future of Parris Island before. Because the South Carolina site hadn't fully incorporated gender-neutral training, Commandant Gen. David Berger told Military.com in 2020 that replacing the training center was possible, fueling rumors that the historic training station might close.