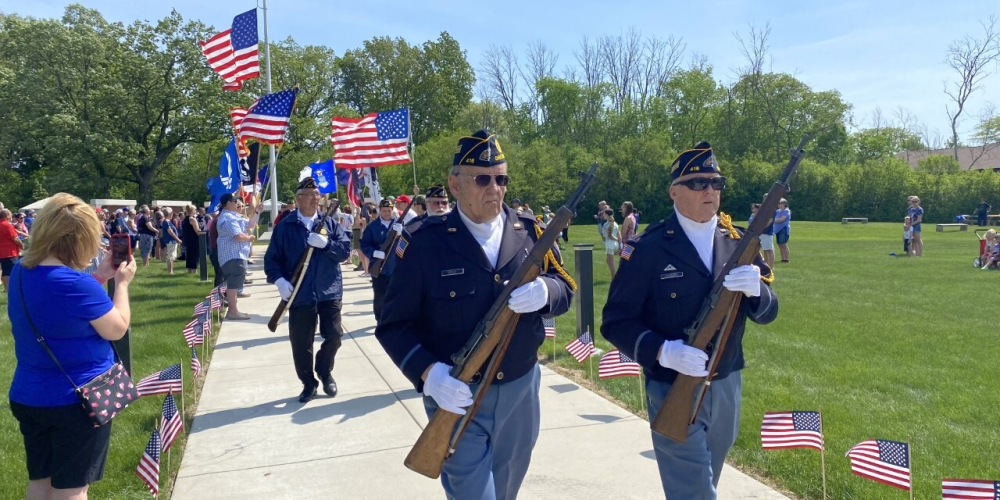 Every year on Memorial Day, we celebrate warriors who have sacrificed their lives to defend our freedom. However, two years into the pandemic, it's also crucial to recall the 22,000 US service members who died from COVID-19.

Military "Taps" created a solemn tone for more than a hundred individuals who gathered at the Greendale Troops Memorial on Monday morning to memorialize fallen veterans on the battlefield and the invisible adversary known as Covid.

"It's shaken us to the point where we have to reflect on each other," Terry Barrington said.

In the last two years, hundreds of Barrington's coworkers have died of Covid, but the pandemic reached far beyond those who got ill.

"Combating isolation is one of the greatest challenges," he remarked. "You're thinking about mental health, and you're thinking about suicide." That's where the big ones are. They don't know where to turn or don't have the courage to seek assistance."

While veterans aren't the only ones who face mental health concerns, multiple studies demonstrate that they do so more frequently than the general population. In response to the pandemic, Milwaukee VA Medical Center director James McLain says they had to pivot rapidly to meet veterans' mental health needs.

"The social impact has been the most significant," McLain added. "Whether it's the VA or local service organizations, many of our veterans consider them part of their home and family." And the separation throughout that period had a significant impact on many people."

Back at the Greendale American Legion post, Barrington says it includes calling veterans to let them know they're not alone and organizing social meetings with virtual and outdoor choices to keep them safe while staying connected.

Wisconsin has roughly 326,000 veterans, according to the latest US Census data. The Wisconsin Department of Veterans Affairs estimates that 40% of the state's veterans live in southeast Wisconsin.