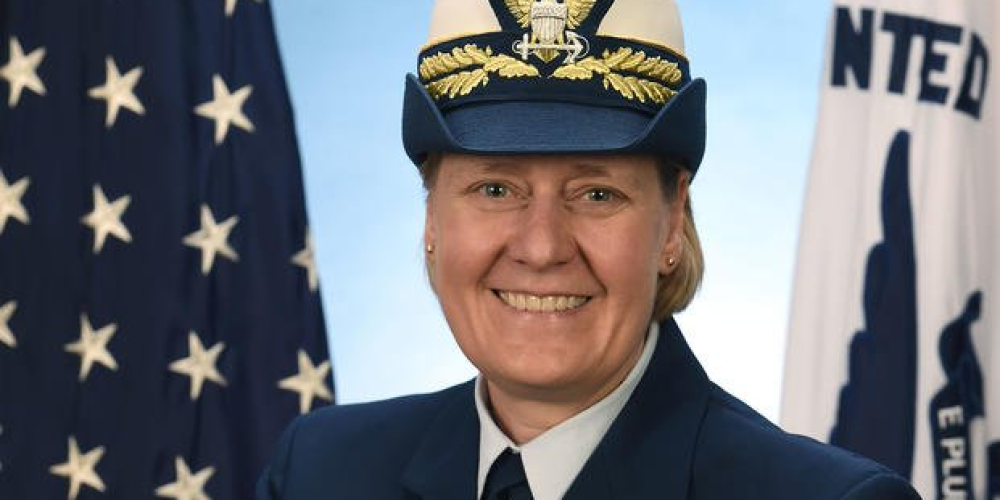 It's about time," Biden said. "We've waited an awfully long time for a woman to lead any branch of the United States military." "When the secretary of defense brought me her name, I asked, 'What took you so long?'"

As commandant, Fagan took over from Adm. Karl Schultz.

Fagan isn't the first woman to break through a military barrier. When Biden appointed her as the Coast Guard's deputy commandant last year, she became the first female four-star admiral in the service.

According to the Coast Guard, Fagan is also the first-ever recipient of the Gold Ancient Trident, an award given to officers with a long history of service in marine safety.

Fagan entered the Coast Guard Academy in 1981 at 16, just five years after the school's first female students were admitted, she remarked during the event.

Schultz, who has been the Coast Guard commandant since 2018, announced his retirement during the ceremony, nearly 40 years after graduating from the Coast Guard Academy in 1983.

During the next decade, Biden envisages the Coast Guard being called on "more frequently" for duties such as ensuring international maritime security, keeping waterways open, and protecting the waters that carry nearly one-quarter of the United States' gross domestic product."