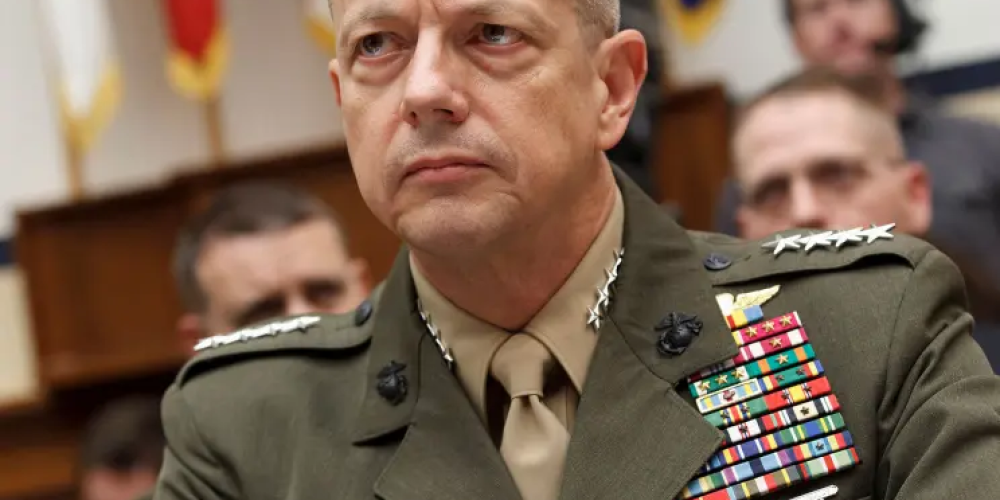 Former Marine Gen. John R. Allen, who led US and NATO forces in Afghanistan before being named to run the prestigious Brookings Institution think tank in 2017, is facing a potential criminal charge, according to newly released federal court files.

The investigation is part of a larger probe involving former ambassadors to the United Arab Emirates and Pakistan and Imaad Zuberi, a well-known political fundraiser serving a 12-year sentence for corruption. Several members of Congress have been questioned concerning the investigation.

Allen sought to influence US policy behind the scenes in 2017 when Qatar and its neighbors were embroiled in a diplomatic dispute.

The FBI states that Allen gave a "false account of events" regarding his work for Qatar and neglected to submit relevant email exchanges in response to an earlier grand jury subpoena in a 2020 interview with law enforcement officials.

According to The Associated Press, a search warrant application comprising 77 pages appears to have been filed in error, which contacted federal authorities about its contents on Tuesday.

The fresh filings elicited no response from Allen. He has previously denied ever operating as a Qatari agent, claiming that his attacks on Qatar in 2017 were driven by a desire to avoid a Gulf conflict from erupting, putting American troops in danger.

Last week, Allen spokesman Beau Phillips told the Associated Press that the company "voluntarily cooperated with the government's inquiry into this problem."