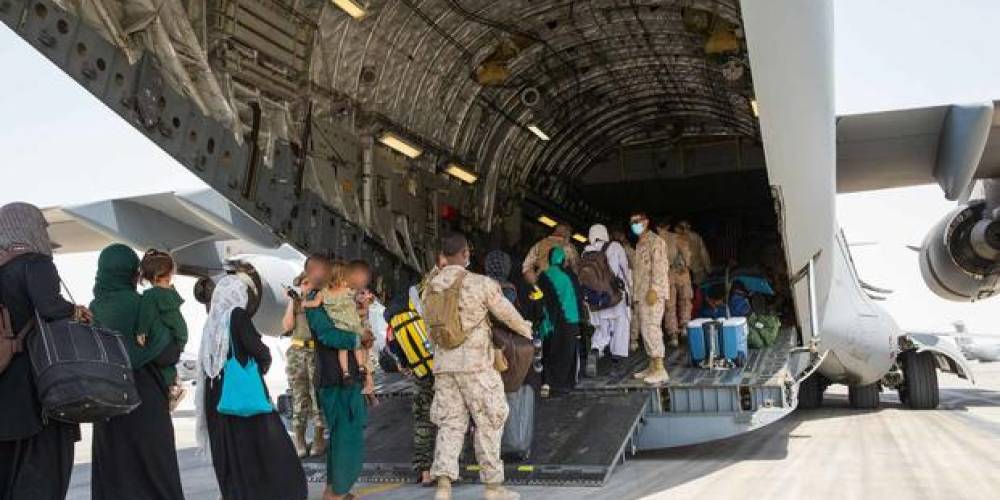 A video of people clinging to the edge of a US C-17 Globemaster III last year went viral, illustrating the US military's chaotic final days in Afghanistan.

The Air Force announced that it would investigate the discovery of human remains in the aircraft's wheel well, leaving the airmen who helped in one of the greatest evacuation missions in history with an uncertain future.

Almost ten months after the incident, military investigators and lawyers cleared the crew, who worked "during an exceptional evacuation where resources were confined to on-going security and evacuation missions."

In an emailed statement, Linda Card, a spokeswoman for the Office of Special Investigations, said, "Both the Air Mobility Command and the United States Central Command reviewed the inquiry findings, and they concurred that the aircrew adhered to the appropriate rules of engagement relevant to the event and the law of armed conflict."

It's unclear when Air Mobility Command and US Central Command decided to clear the crew. There was no information on the crew's possible punishments while the investigation was underway.

Prior to publication, neither command responded to calls for comment.

As Taliban troops closed in on Kabul, hundreds of Afghans wanting to flee the nation encircled the C-17, which had been dispatched from Joint Base Lewis-McChord, Washington, to drop off goods for the evacuation efforts. Due to the large mob, the plane had to leave before the crew could begin unloading cargo.

Human remains were found in the plane's wheel well when it landed at Al Udeid Air Base, or AUAB, in Qatar.

A C-17 pilot participating in the evacuation mission in Afghanistan said that it was reassuring to learn OSI did not discipline the crew.

In response to OSI's conclusions, the pilot replied, "That's the right call." "They've probably been waiting for this to happen for a long time. There were no other options, yet the team took the correct decision."

An attack at the airport's Abbey Gate killed all 13 U.S. servicemen during the evacuation operation - 11 Marines, one sailor, and one soldier; wounded more than 20 others, and killed or wounded hundreds of Afghans.