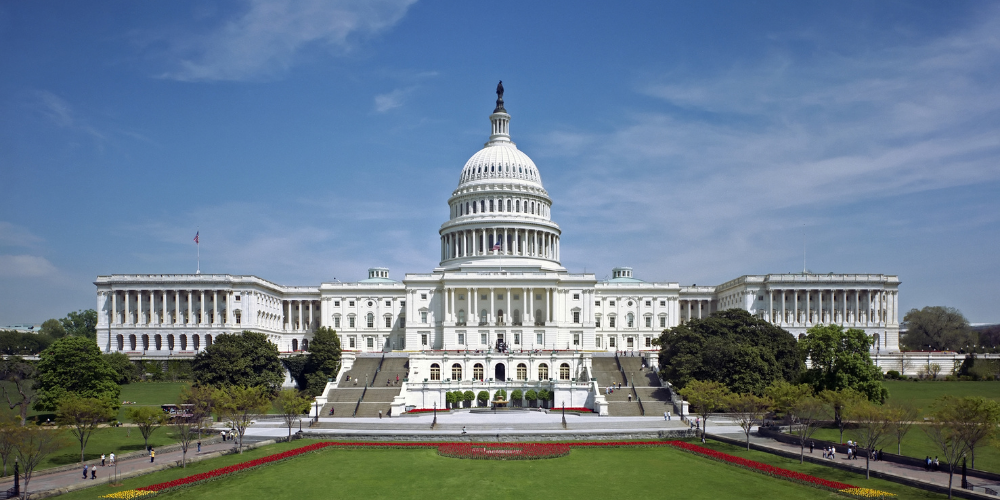 WASHINGTON — Congress overwhelmingly passed emergency legislation Thursday that would bolster security at the Capitol, repay outstanding debts from the violent Jan. 6 insurrection and increase the number of visas for allies who worked alongside Americans in the Afghanistan war.

The $2.1 billion bill now goes to President Joe Biden for his signature. The Senate approved the legislation Thursday morning, 98-0, and the House passed it immediately afterward, 416-11.

Senators struck a bipartisan agreement on the legislation this week, two months after the House had passed a bill that would have provided around twice as much for Capitol security. But House leaders said they would back the Senate version anyway, arguing the money is urgently needed for the Capitol Police and for the translators and others who worked closely with U.S. government troops and civilians in Afghanistan.

The bill loosens some requirements for the visas, which lawmakers say are especially pressing as the U.S. military withdrawal enters its final weeks and Afghan allies face possible retaliation from the Taliban.

The money for the Capitol — including for police salaries, the National Guard and to better secure windows and doors around the building — comes more than six months after the insurrection by former President Donald Trump's supporters. The overwhelming Senate vote is a rare note of agreement between the two parties in response to the attack, as many Republicans still loyal to Trump have avoided the subject. The former president's loyalists brutally beat police and broke into the building, interrupting the certification of Biden's election win.

Democrats have said that if Congress didn't pass the bill, money would start running out for officers' salaries by August and that the National Guard might have to cancel some training programs.

"We can't let that happen," Senate Majority Leader Chuck Schumer said before the vote. He said the agreement "shouldn't have taken this long" but that passing the legislation is living up to Congress' responsibility to keep the Capitol safe "and to make sure that the people who risk their lives for us and protect us get the help they need."

The bill's passage comes after four police officers who fought off the rioters in the Jan. 6 attack testified in an emotional House hearing on Tuesday and detailed the "medieval" battle in which they were beaten and verbally assaulted. House Speaker Nancy Pelosi suggested on Wednesday that the hearing had perhaps "jarred the Senate to move in a bipartisan way to pass this legislation."

The more generous bill narrowly passed the House in May, but no Republicans supported it and some liberal Democrats voted against it as well. In the Senate, Republicans rejected an earlier $3.7 billion proposal by Democrats before they negotiated the final version.

The legislation would boost personal protection for lawmakers who have seen increasing death threats since the insurrection, install new security cameras around the complex and replace riot equipment the police lost in the fighting that day. It would fund new intelligence gathering and boost wellness and trauma support for the Capitol Police, as many troops are still suffering in the wake of the attack. And it would reimburse the National Guard $521 million for the thousands of troops that protected the Capitol for more than four months after the siege.

Unlike previous proposals, the legislation would not provide money for temporary fencing in case of another attack or create a new quick reaction force within the police or military that could respond to events at the Capitol. Police were overrun on Jan. 6 as the National Guard took hours to arrive.

The White House issued a statement of support for the legislation, saying the Biden administration backs the Capitol security improvements and "remains committed to supporting the Afghan people, including by fulfilling our commitment to Afghan nationals who worked for or on behalf of the U.S. Government."

For the allies in Afghanistan, the bill would allow 8,000 additional visas and provide $500 million for their emergency transportation, housing and other essential services.

Alabama Sen. Richard Shelby, the top Republican on the appropriations panel who negotiated the legislation with the Democrats, said it would be "shameful" not to help the Afghan allies and that they could be killed by the Taliban as the U.S. withdraws.

Senate Republican Leader Mitch McConnell said senators "intend to keep our nation's promises to brave Afghans who have taken great risks to help America and our partners fight the terrorists."

The House overwhelmingly passed separate legislation last week to provide the visas, 407-16. Biden decreed an end to the U.S. military role in Afghanistan by Sept. 11. The Pentagon says the troop withdrawal is more than 95% complete and is to be finished by Aug. 31.