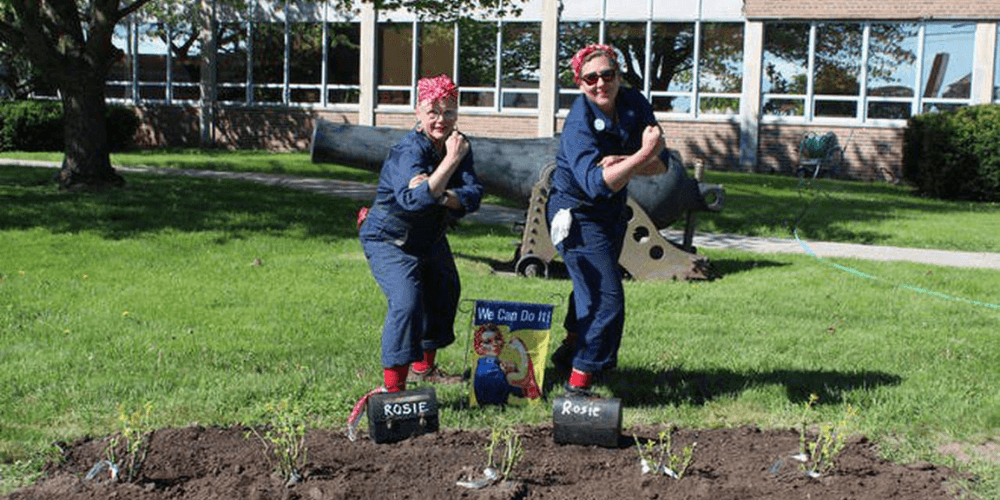 SAN FRANCISCO — Phyllis Gould, one of the millions of women who worked in defense plants in World War II and who later relentlessly fought for recognition of those “Rosie the Riveters,” has died. She was 99.

Gould, who lived in Fairfax, north of San Francisco, died on July 20 from complications of a stroke, the San Francisco Chronicle reported.

“She wants on her gravestone: ‘Mission Accomplished,’” her 95-year-old sister, Marian Sousa, told the paper on Monday. “I think she did it all.”

During World War II, the U.S. created a recruitment campaign for women to fill defense jobs to replace men who were serving in the armed forces. An iconic poster from the campaign showed Rosie the Riveter, a woman in a polka-dotted bandana flexing a muscular arm as she rolls up her sleeve.

Some 6 million women joined the workforce. Gould, a welder, was one of the first six women hired at a shipyard in Richmond in the San Francisco Bay Area for the war effort.

After the war, she became an interior decorator, married and divorced twice, had five children and moved around before settling in Fairfax.

She was “kind of like a hippie, you know, where the wind blows," her sister said.

“She has been an ‘I can do it’ person all her life, and she passed that on to all of us," said her granddaughter, Shannon Akerstrom of Potter Valley in Mendocino County. “The Rosie thing — that was really her."

“I do welding on my ranch — like grandma did — and so does my daughter,” Akerstrom told the Chronicle. “Grandma always thought that was very cool.”

Women defense workers received little notice or appreciation after the end of the war but Gould fought tenaciously to honor them. She helped push for creation of the Rosie the Riveter/WWII Home Front National Historical Park in Richmond, established in 2000.

Gould and other Rosies met with former President Barack Obama and former Vice President Joe Biden in 2014. She pushed for the declaration of national Rosie the Riveter Day, held annually on March 21, and before her death was helping design a Congressional Gold Medal to be issued next year to honor the Rosies.

“She really put the Rosies on the map. It was her letters — so many of them she wrote, to everyone — that did it,” her sister said.

“Phyllis is, in modern-day life, as iconic as the Westinghouse poster with the woman in the polka-dotted bandana,” said Rep. Jackie Speier, who led the effort that got the gold medal authorized. “She flexed her muscles on the telephone every day telling Congress to move forward on recognition of the Rosies."