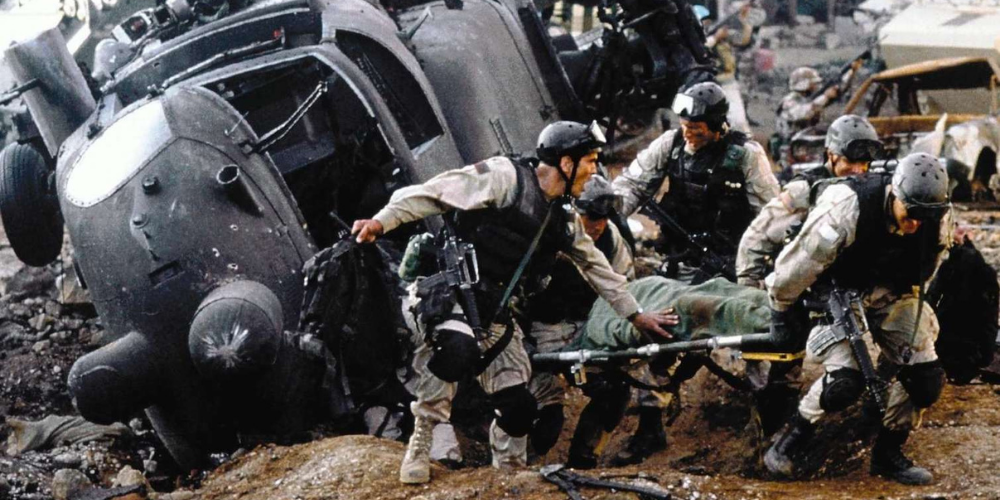 The awards that 60 special operators received for the Battle of Mogadishu in 1993 soon will receive an upgrade, the Army announced Thursday.

In a release, the Army said that 58 awards were upgraded to Silver Stars, and two were upgraded to Distinguished Flying Crosses. These awards will be presented later this year in ceremonies held by the units in which each soldier served at the time.

The battle erupted after a mission, dubbed Operation Gothic Serpent, to capture Somali warlord Mohamed Farrah Aidid went wrong. Two Black Hawk helicopters were shot down Oct. 3, 1993, sparking a ferocious battle throughout the city that involved Delta Force and Rangers as the soldiers sought to save their comrades.

Eighteen soldiers died, and 73 were wounded, during the Battle of Mogadishu. Delta operators Sgt. 1st Class Randall Shughart and Master Sgt. Gary Gordon were posthumously awarded the Medal of Honor for their heroism in attempting to protect one of the downed Black Hawk pilots, Chief Warrant Officer Michael Durant, as Somalis closed in around them.

Televised images of a soldier’s body being dragged through the streets shocked the nation. In the aftermath of the battle, Defense Secretary Les Aspin stepped down amid criticism he had not provided the troops in Somalia enough support by providing tanks, armored vehicles and AC-130 gunships. The United States withdrew its forces from Somalia the next year, and by March 1995, the final United Nations troops left the east Africa country.

The battle was memorialized in Mark Bowden's book, "Black Hawk Down," and the popular Ridley Scott film of the same name.

The Silver Star is the military's third-highest combat award. It is awarded to recognize valorous acts performed during combat operations while under fire from enemy forces.

The Distinguished Flying Cross is awarded to recognize heroism or extraordinary achievement while in flight.