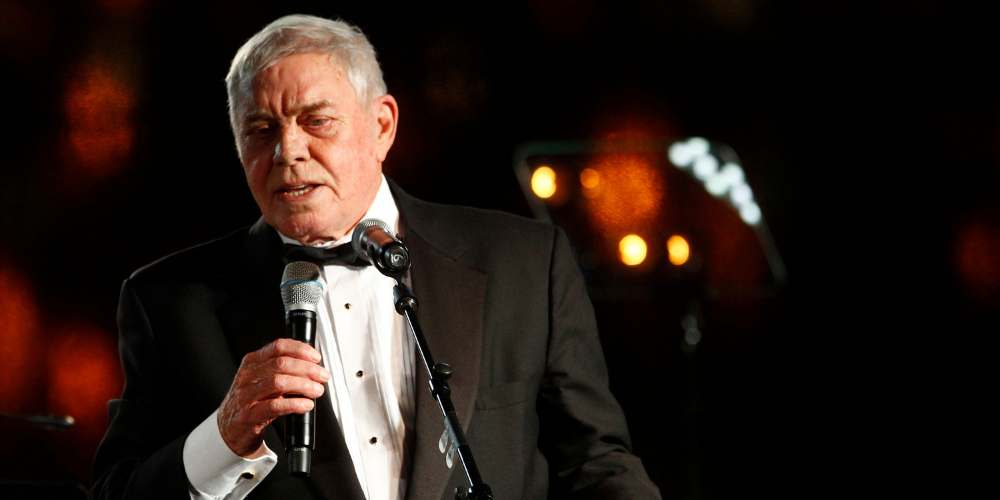 Tom T. Hall, who died at home on Aug. 20, 2021, was a U.S. Army veteran who became a giant of country music both as a songwriter and an artist. Although he retired from the business in the early 1990s, Hall remained a towering influence over country songwriters.

Born in small-town Olive Hill, Kentucky, Hall performed in a music group called the Kentucky Travelers before enlisting in the Army in 1957 at age 21. He served in Germany and performed over the Armed Forces Radio Network.

There are stories floating around online that Hall wrote humorous songs about his military service, but those songs never have been released officially. Anyone who’s familiar with his later work will think that’s a tragedy.

If you don’t know Hall’s later hit songs, read on. We’re about to get into one of the greatest catalogs in popular music.

After he left the Army, Hall went to Roanoke College on the GI Bill. He got work as a disc jockey and got his big break after he wrote the song “D.J. for a Day,” which was recorded by country star Jimmy C. Newman. The song became a top 10 country hit. Hall signed with Newman’s publishing company and moved to Nashville, Tennessee, where he began cranking out songs at a rapid clip.

Over his three-decade career, Hall was inducted into both the Country Music Hall of Fame and the Songwriters Hall of Fame. He won a Grammy for writing the liner notes to his own album, “Tom T. Hall’s Greatest Hits.”

Hall’s biggest crossover pop hit was the 1973 single “I Love,” the one about “little baby ducks” and “old pick-up trucks.” Hall wasn’t a big fan of his own song and even left it off his career-defining 1995 box set “Storyteller, Poet, Philosopher.”

Wright was a huge star in the duo Johnnie and Jack back in the 1950s, but he was struggling to establish a solo career in 1965 when he recorded Hall’s soldier anthem. Homefront support for the war was still strong, and the record became a massive hit single that peaked at #1 on the country charts.

A throwback to the themes of World War II pop songs about lovers separated by combat and patriotic duty, the song was cemented in our memories of the war when Stanley Kubrick used it during the opening scenes of “Full Metal Jacket.”

America was in turmoil in 1968 and not just because of controversy over the Vietnam War. The culture was changing, and uptight social rules were being bulldozed by a generation that insisted that sex and good times weren’t only for the depraved.

Into this turmoil dropped “Harper Valley P.T.A.,” Hall’s song about a small-town “widowed wife” whose short skirts, drinking and dating habits have compelled the local P.T.A. to send home a note attacking her alleged poor choices.

Riley describes the mom wearing a miniskirt as she stomped into the next PTA. meeting to detail all the ways the local blue noses are actually hypocrites. America was ready, and the song shot to #1 on the country and pop music charts.

The song’s influence was enormous and later inspired a 1978 movie and a 1980-82 TV series, both starring Barbara Eden (“I Dream of Jeannie”). Hall made so much money off “Harper Valley P.T.A.” that he pretty much retired to his farm in the mid-1990s and gave up show business.

3. “The Year That Clayton Delaney Died”

Hall’s first #1 country hit as an artist is a deceptively straightforward story about a musician who inspired the singer to pick up a guitar and continue his performing legacy. Hall told CMT News in 2005 that the true inspiration behind the song was a childhood friend named Lonnie Easterly.

The Dixieland horns don’t seem particularly country, but where else would this song have fit on the radio in 1971? It’s a great song about remembering the dead through the act of living, a theme that any soldier should understand.

Hall’s second #1 country hit was inspired by a conversation he had with a janitor at a Miami Beach hotel during the 1972 Democratic National Convention. Most pop artists wouldn’t have taken the time to visit with the old man, and fewer still would’ve listened closely enough to hear what the man had to say.

Hall was well-known as a liberal Democrat and even considered running for governor of Tennessee at the peak of his fame. Still, his three-minute telling of the entire Watergate scandal is nearly politics-free, unless you’re one of the handfuls who still think Richard Nixon was framed.

Hall’s final lines remind us that modern worries about the government aren’t really new worries: “Well, somewhere in this country there's a hard-workin' man/Readin' his paper as he tries to understand/Are there no honest people left anymore?/One might well heed hear a poundin' on his door/If it gets that way, Lord help us all.”

The weather in Nashville for the week after Hall’s death was all sunshine, so the songwriter didn’t get his wish unless someone decided to delay the memorial service until the rain returned.

“I Hope It Rains at My Funeral” was never a single, but it’s a song beloved by Hall’s fans. After the singer details a lifetime and regrets, he wishes that it’ll rain at his funeral so that he’s the “only one dry.” Hall’s catalog is full of complicated stories like this one, songs that sneak up on you and stick with you longer than many of his flashier hits.

Tom T. Hall joined the Army, saw the world, and got an education on the GI Bill. In another era, he might have stayed home and been a farmer or a gas station attendant. He’s one of the last of that generation of artists and performers who served in the era between Korea and Vietnam, small-town Americans who used their service to create opportunities for a different kind of life.

This news has been sourced from https://www.military.com/off-duty/music/2021/08/23/6-amazing-stories-army-vet-tom-t-hall-told-through-song.html