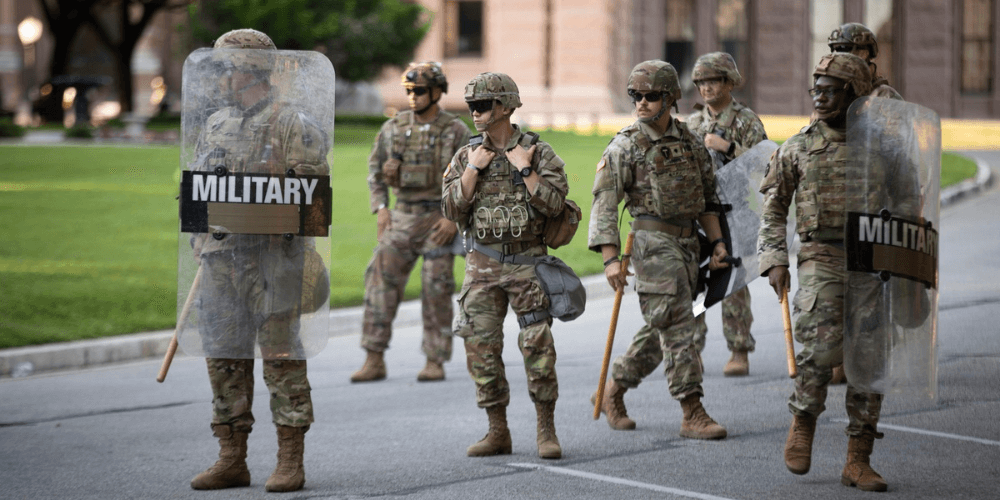 Abbott said the Guard would "assist" troopers with arresting migrants on state charges but offered no details -- making the extent of the new role unclear. The National Guard has kept a presence on the nation's southern border for years but has largely been assigned to observational posts.

The announcement comes as Texas this month began jailing migrants caught entering private land, part of a broader campaign by Abbott to toughen border enforcement and take Donald Trump's hardline mantle on immigration as the number of crossings remain high.

"To respond to this disaster and secure the rule of law at our Southern border, more manpower is needed," Abbott wrote in a letter to Maj. Gen. Tracy R. Norris, adjutant general of the Texas National Guard.

Spokespersons for Abbott and the Texas National Guard did not return messages.

Critics have previously voiced concerns of governors using Guard members to take an active role in law enforcement. Other GOP governors have deployed National Guard members to the border in recent months, including North Dakota Gov. Kristi Noem, a potential 2024 presidential contender who flew to Texas this week to check in on roughly 50 Guard members who volunteered for a 30-day deployment.

"We are concerned for asylum seekers and other migrants who are coming to the United States, and also we are concerned for border residents who have borne the brunt of this law enforcement saturation on the border in the past and are doing so again," Huddleston said.

In addition to it being unclear how Texas National Guard members would help with arrests, Abbott did not say how many members on the current deployment would be part of those efforts. Abbott has been vague when making other border security announcements, including his plans to continue building Trump's border wall without giving a timeline or total cost.

The arrests so far by Texas state troopers have taken place in Val Verde County, where local officials say they were told that only individuals traveling alone would be arrested, and not family units. The detainees are being held at what had been an empty state prison in Dilley, Texas, about 100 miles (160.93 kilometers) north of the border city of Laredo.

County Judge Lewis Owens, the top elected official in the county of nearly 50,000 residents, said crimes including home break-ins, theft and property damage are on the rise in the recent months as the number of crossings has remained high. Violent crimes, he said, were not an issue.

U.S. officials reported this month that they had encountered 55,805 members of families with children in June, up 25% from the previous month. That figure still remains far below the high of 88,587 in May 2019.

- This news has been sourced from https://www.military.com/daily-news/2021/07/27/texas-national-guard-will-start-helping-make-border-arrests.html