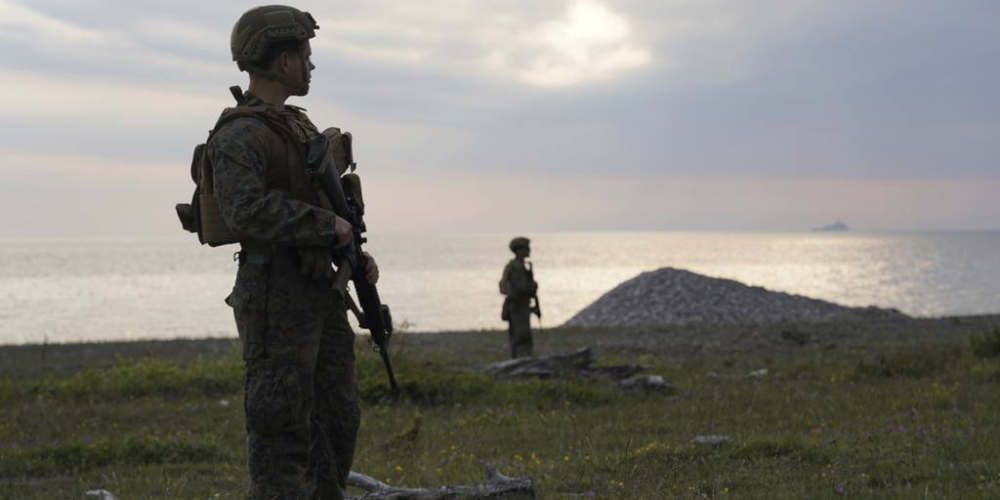 At the turn of the century, the idea of having to defend Gotland against a foreign invasion appeared so far-fetched to Swedish decision-makers that they decided to demilitarise the Baltic Sea island.

The Swedish Armed Forces have returned and are training with US forces to protect the 58,000-person island and retake it from a foreign enemy.

As part of a NATO drill in the Baltic Sea, US Marines conducted air drops and amphibious landings on the Swedish island of Gotland.

While this year's BALTOPS exercise doesn't take place in response to a specific threat, Russia's invasion of Ukraine has heightened tensions with the United States. Participating in the exercise were about 7,000 military personnel and 45 ships from 14 NATO countries, as well as Sweden and Finland.

Their non-alignment status hasn't stopped them from practicing with NATO members, and their governments chose to join the Western alliance after the Ukraine crisis.

The small island of Gotland in the Baltic Sea, strategically placed on the southern coast, has been invaded by foreigners throughout its history, most recently by Russian forces in 1808.

However, once the Cold War ended, Sweden decided to refocus its military forces on foreign peacekeeping missions rather than territorial defense because the chance of Russian assault was so low. As part of the downsizing of Sweden's military, the Gotland regiment was disbanded in 2005.

A new regiment was formed on Gotland following Russia's 2014 annexation of Crimea. A permanent contingent of approximately 400 Swedish soldiers is now on the island. Further reinforcements are expected after the Russian invasion of Ukraine.

Many Gotlanders, though, believe Sweden would be unable to protect the island independently.

Sweden, which has remained outside of military alliances since the Napoleonic Wars, applied for NATO membership with Finland last month in a historic move. This month, NATO's existing 30 members will meet to examine the problem. Turkey has vowed to impede the applications because of the two countries' alleged support for Kurdish separatists.

During the application stage, Finland and Sweden requested security assurances from the US and other NATO countries.