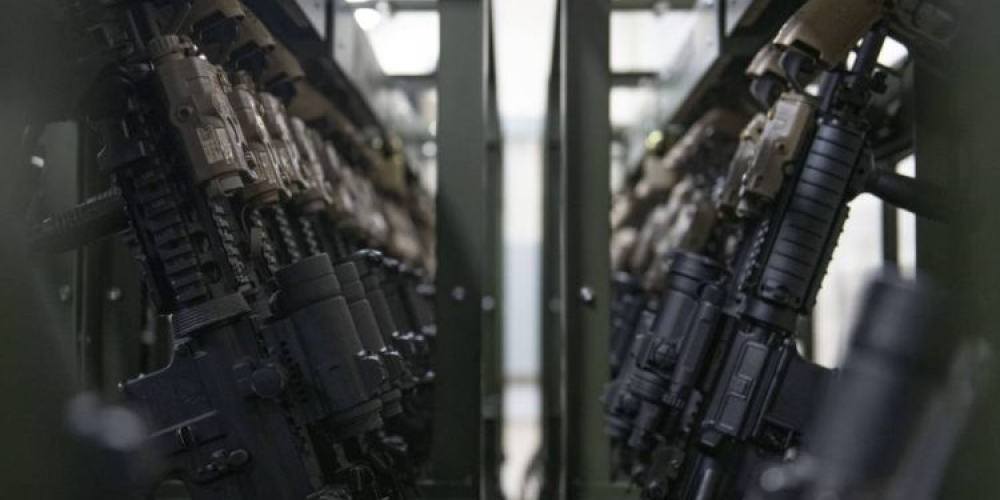 Both a husband and wife serving at Fort Bragg, North Carolina, are suspected of stealing, reselling, and keeping more than $2 million in Army equipment, including weapon parts, cars, and a sword.

Christopher Hammond, a Chief Warrant Officer 3, served with B Company, Group Support Battalion, 3rd Special Forces Group, where he was a member of the supervisory leadership team. Heather Hammond is accused of being involved in a four-year scheme designed to obtain equipment through Army channels but diverting it for resale or private use.

The two were detained on Monday and are awaiting their next court hearing.

Prosecutors claim the two made $1.8 million in profits by using various USAA and Schwab Brokerage accounts, some of which were in Heather Hammond's name.

Christopher Hammond allegedly obtained lower and upper receivers, gun barrels, gun bolts, and firing pins between December 2018 and March of this year, all of which can be used to make a rifle, according to the accusations. Scopes, pistol cases, and holsters were among the items he acquired.

According to the indictment, Christopher Hammond requested electric guitars, bayonets, a sword, tools, welding gear, gym equipment, night-vision goggles, and "all-terrain vehicles," among other things. He also fails to specify the type of firearm he ordered in his indictment.

Prosecutors say he also wrote at least one email to a weapons optics manufacturer for one order, claiming the gear was for his unit's forthcoming deployment.