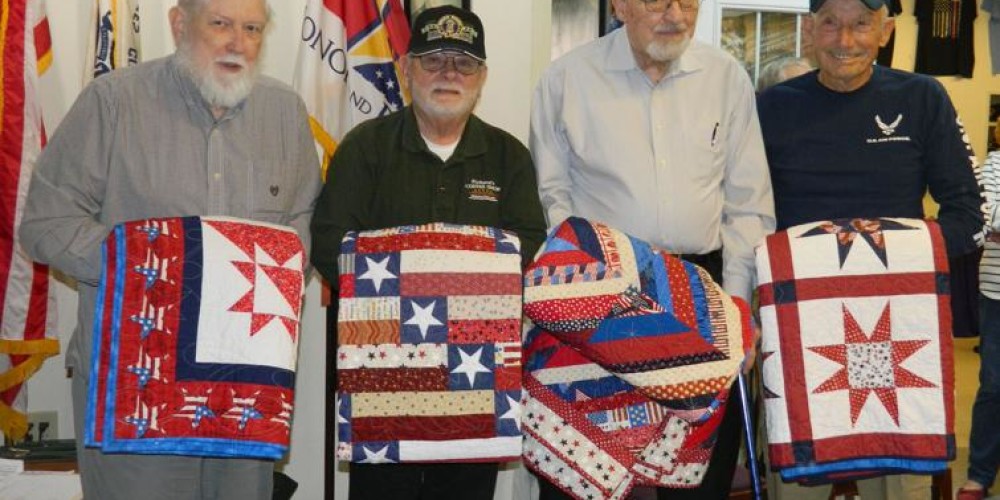 J. Michael Haynie, vice chancellor for strategic initiatives and innovation and founder and executive director of the D’Aniello Institute for Veterans and Military Families (IVMF), and Maureen Casey, IVMF’s chief operating officer, each recently received awards recognizing their leadership and contributions serving those who have served our country.

On April 3, 2022, Haynie received the Distinguished American award from the Central New York Chapter of the National Football Foundation and College Hall of Fame. The ceremony took place at the 22nd Annual Scholar Athlete Awards Ceremony at the University stadium.

During the event, which also honors the area’s high school and college scholar athletes for their achievements on the field, the classroom and in the community, Haynie received the Distinguished American award, one of the organization’s most prestigious honors.

The recipient of this award “must, over a long period of time, have exhibited enviable leadership qualities and made a significant contribution to the betterment of amateur football in the United States.”

Casey was honored as the winner of the 2022 Remarkable Women of Central New York. Casey stood out among the over 60 local nominees and was selected the winner among a final field of four remarkable women. She will continue to represent Central New York in the next step of the national contest in April.

The Remarkable Women of Central New York award from WSYR-TV (LocalSYR) and Nexstar Media Group recognizes women who have made a tremendous difference in self-achievement, community contribution and family impact. In recognizing Casey for her remarkable accomplishments, LocalSYR noted her leadership role in New York City during 9/11, her leadership at JPMorgan Chase starting the Veteran Jobs Mission and currently as COO at the University’s D’Aniello Institute for Veterans and Military Families, which helps veterans and families around the U.S. thrive post-service.