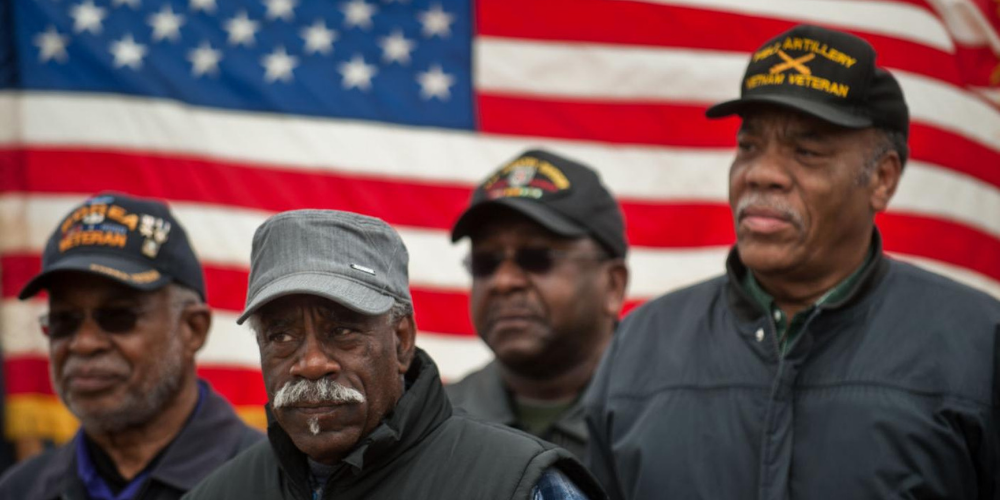 The military will review some service crosses awarded to Black and Native American veterans to determine whether they should be upgraded to the Medal of Honor.

The review, ordered by Defense Secretary Lloyd Austin in an Aug. 2 memo, will cover Black and Native American veterans of the Korean and Vietnam wars, as well as Native Americans who fought in World War II, who received a Distinguished Service Cross, Navy Cross or Air Force Cross.

The military will study those veterans' acts of valor and decide if their actions deserve the nation's highest award for valor in combat, Austin said. The Army and Navy already have conducted similar reviews for Black veterans of WWII.

The Defense Department said in a press release last week that the review will make sure those veterans, who served at a time when racial discrimination was more widespread, receive equal opportunities for their heroism to be recognized.

It will not be necessary to show such discrimination occurred for a veteran to be considered for an upgrade, the press release said.

In his memo, Austin said that Asian-American, Pacific Islander, Jewish and Hispanic veterans of previous wars have had the chance for their awards to be reviewed for possible upgrades at various points over the last 25 years.

Typically, medals are upgraded only if new, substantive and material information comes to light that shows the change is warranted. But for this review, Austin waived that requirement to ease the path for medal upgrades.

The review and any upgrade decisions must be complete within five years, Austin said.

Nominations for Medal of Honor upgrades also must include draft language for Congress to pass that would waive the time limit, when necessary. Currently, recommendations for the Medal of Honor must be made within three years of the actions being honored, and the award must be presented within five years, unless a waiver is approved.

The military in recent years has attempted to improve diversity in the ranks and address long-standing issues with racial disparities.

It is unclear how many service crosses from the three wars might be eligible for this review.

But in 2008, one prominent Native American veteran was posthumously presented the Medal of Honor. Army Master Sgt. Woodrow Keeble, who belonged to the Sioux tribe and fought in World War II and Korea, was recognized for his bravery near Sangsan-ni, Korea, in 1951.

Keeble had previously received the Distinguished Service Cross, among other awards, and was the first Sioux to receive the Medal of Honor.

The military also has conducted reviews of more recent awards to see whether they should be upgraded. In one of the most famous recent cases, the Air Force Cross posthumously awarded to Master Sgt. John Chapman was upgraded to a Medal of Honor in 2018.

Chapman, a combat controller, was killed fighting al-Qaida members while alone on a mountaintop in Afghanistan in 2002. As years passed, technology improved to the point where drone video of the ferocious battle could be enhanced. That video showed Chapman continued fighting after he was thought dead. He is believed to have saved the lives of troops on an incoming helicopter that was being targeted.