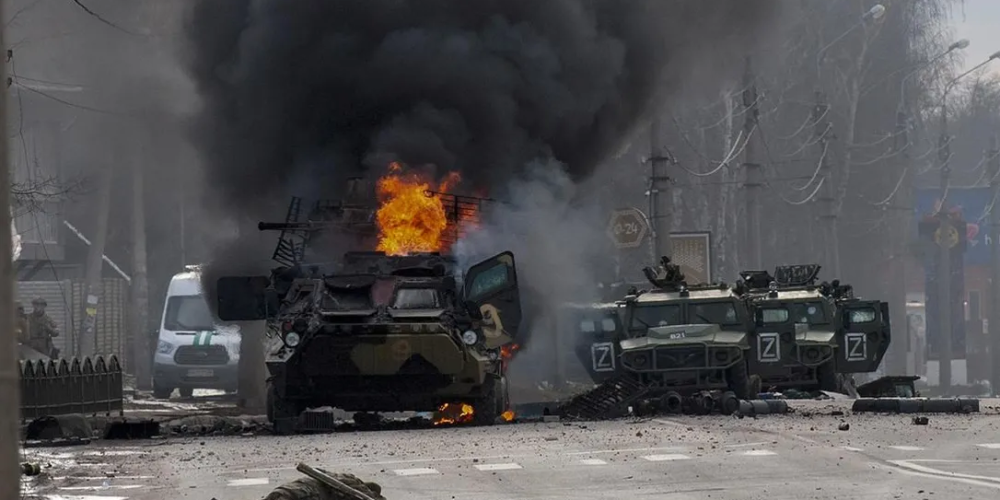 When Russia invaded Ukraine on February 24, it anticipated conquering the country in days or weeks. Many Western analysts agreed with him.

It appears that Moscow is trapped in an attrition war with no end in sight and few battlefield victories as the conflict enters its third month.

There was no quick win for Russian President Vladimir Putin's armed forces, no route that would allow Moscow to seize control of most of Ukraine and install a puppet government.

Instead, Russian troops became stranded on the outskirts of Kyiv and other major cities, where robust Ukrainian defenses met them. Russian armored convoys appeared to be stuck on extended lengths of the route. Troops ran out of supplies and gas, making them easy prey.

Russia effectively accepted the failure of its blitz. Just over a month into the invasion, it announced a shift in focus to eastern Donbas, where Moscow-backed rebels had been fighting for years.

To be accurate, Russia has grabbed large swaths of land in the Crimean Peninsula, which it annexed eight years ago. It has also entirely blocked Ukraine off from the Sea of Azov, regaining complete control of the vital port of Mariupol following a siege that stopped some of its troops from fighting elsewhere while battling hardline Ukrainian forces.

However, the drive in the east appears to be stalling as Western supplies pour into Ukraine to boost its outmanned army.

The Kremlin appears to be planning to cut Ukraine off from the Black Sea coast to the Romanian border, giving Moscow a land corridor to Moldova's separatist Transnistria, where Russian forces are stationed.

However, Russia appears to recognize that this goal is not now possible with its current troops.

"I think they're just gradually understanding that they can't do it all at once," said Justin Crump, the CEO of Sibylline, a strategic advising business.

Meanwhile, Russia appears to be attempting to drain Ukraine dry by targeting gasoline supply and infrastructure while gaining military ground. The Kremlin may be hoping for a shift in the West's focus.

"Their ultimate objective is that by the summer, Americans will have lost all interest in the Ukrainian crisis," Crump added. "They expect Western audiences to lose interest as they did in Afghanistan last year." Russia believes the time is on her side."