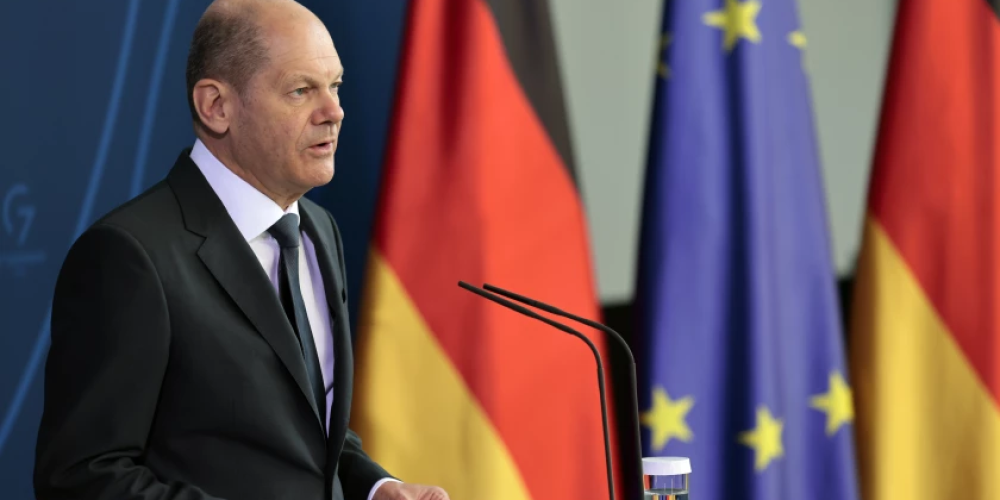 Germany's ruling coalition and the main opposition party have achieved an agreement to proceed with Chancellor Olaf Scholz's three-month-old announcement of a significant increase in defense expenditure.

Scholz announced three days after Russia invaded Ukraine on February 24 that Germany would contribute 100 billion euros ($107 billion) to a particular military fund and lift defense spending above 2% of GDP, a goal it had long lacked.

Scholz wanted the special fund to be enshrined in the Constitution. That required a two-thirds majority in both chambers of parliament, which meant he needed the center-right opposition Union bloc's help.

At a trade show in Hannover, he remarked that "the German Bundeswehr will be strengthened." "It will be able to better fulfill its defensive role than ever before, and it will be able to contribute to NATO so that we can protect ourselves against foreign aggression at any time."

"This will help strengthen Germany's and Europe's security," Scholz continued. "It is the proper response to the pivotal moment that began with Russia's invasion of Ukraine."

Funding for cyber defense and support for partner countries would come from Germany's regular budget rather than the special fund advocated by members of the ruling coalition. The Union bloc demanded that the funding would be used solely for the Bundeswehr, Germany's military. "On a multi-year average," German defense spending will meet the 2% target.

NATO countries reduced their military budgets after the Cold War ended in the 1990s, but when Russia annexed the Crimea Peninsula in 2014, they began to spend more on their armed forces again. By 2024, the allies have committed to halting the reduction and paying 2% of GDP. Germany was chastised for falling short of that aim, especially by the United States under former President Donald Trump.